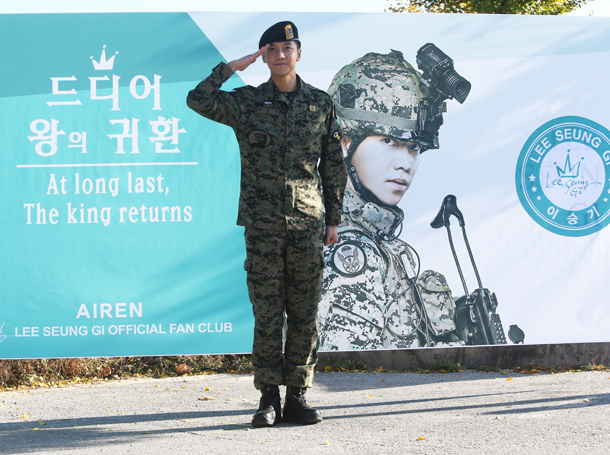 Meeting with media and fans in front of the special operations command in Jeungpyeong County, North Chungcheong, he thanked his fans and his comrades for helping him finish his duty successfully.

“For the past one year and nine months, I’ve received so much support that I’ve been able to leave the military well and healthy,” Lee, 30, said. “I will use the positive energy I’ve got from the command to focus on my career.”

Around 400 Korean and foreign fans flocked to the county on the chilly autumn morning to congratulate him.

He enrolled in the military in February last year.