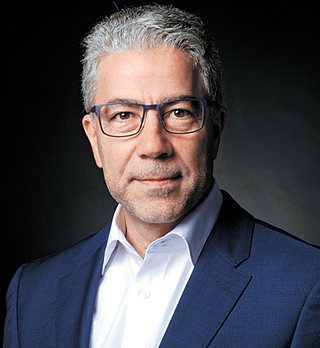 Hyundai Motor recruited a veteran BMW executive to take charge of the carmaker’s overhaul of its premium Genesis brand.

The nation’s No. 1 automaker announced Tuesday it has named Fayez Abdul Rahman vice president of the Genesis architecture development team.

Rahman has been at BMW for the past 30 years. He was in charge of the carmaker’s 7 Series sedan and the high-performance M lineup. He also was in charge of the brand’s X SUV lineup, including the X5 and X6. Hyundai Motor expects his experience to be invaluable when Genesis starts making SUVs in the near future.

“Rahman will determine the future path of Hyundai Motor’s platform and lead innovation through developing the platform,” Hyundai Motor said in a release.

Rahman will first take charge of the Genesis lineup and then participate in developing Hyundai Motor’s other models.

Developing a platform includes designing the architecture of a powertrain and chassis, key elements in determining a car’s performance. With the growing importance of connected car technology, designing high-tech gadgets for the car also falls under platform development.

“We plan to secure a top-notch platform through an innovative overhaul,” said a Hyundai Motor official. “We’ve recruited world-class car designers in the past, and when our design capacity meets high-quality productivity, it will eventually lead to a brand value upgrade,” the official added.

Other talents Hyundai Motor has hired in the past include designers Lee Sang-yup and Luc Donckerwolke, both former designers at Bentley.

Rahman, a 58-year-old born in Germany, joined BMW’s CAD/CAS department in 1986 and has led various projects regarding platform development. He will join Hyundai Motor this month.