Yukgaksu’s Do Min-ho remembered at funeral

Yukgaksu’s Do Min-ho remembered at funeral 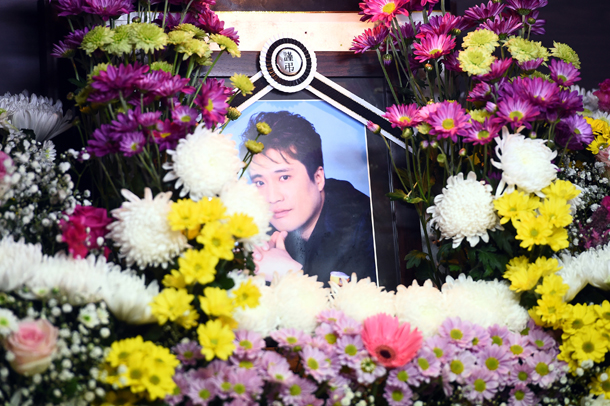 The coffin of Do Min-ho of the duo Yukgaksu, who died on Monday at 45 after battling stomach cancer for many years, was borne out Wednesday from the Dobong Hospital, northern Seoul.

Jo Sung-hwan, the other member of Yukgaksu and staff members of Do’s agency NOM Entertainment participated in Do’s funeral procession.

A representative of the agency told Star News, a local news outlet, on Tuesday that although Do had been sick, he always wished to be on stage as Yukgaksu once again.

Do made his debut in 1996 with Yukgaksu and the band was active until recently. The duo released a mini album last year.