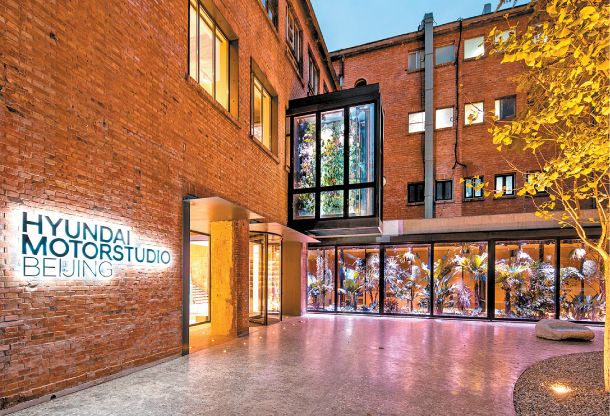 Hyundai Motorstudio Beijing is located in the city’s 798 Art District, known for its galleries and cafes. The center will be a cultural space and not feature any cars. The Motorstudio is the second overseas location of its kind after one in Moscow.

Chung Eui-sun, the company’s vice chairman, attended the opening ceremony in Beijing on Wednesday, indicating just how vital the Chinese market is to the automaker. Hyundai Motor has been struggling in the country and hopes the center will boost its fortunes in the world’s largest auto market. 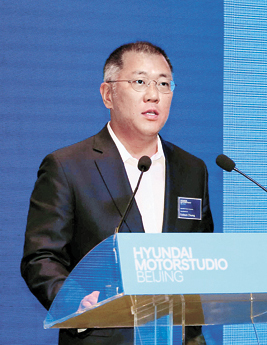 “Hyundai Motorstudio Beijing represents the direction of Hyundai Motor’s future path, which centers on sustainability and creative energy that can solve social problems,” Chung said. “It feels more meaningful that such venue could be established in this experimental and innovative neighborhood of 798 Art District.”

Hyundai Motorstudio Beijing includes a book lounge and cafe on the first floor and gallery on the second floor. A vivarium occupies one side of the building’s exterior, and other art installations are scattered across the studio space.

Along with the space, the automaker is running a program called Hyundai Blue Prize to support emerging artists and select a few to display their work in the Motorstudio.

The opening comes amid a thaw in relations between Seoul and Beijing. On Tuesday, the Korean and Chinese governments agreed to a rapprochement after months of diplomatic cold shoulders over a U.S. missile defense system in Korea that China believes threatens its security.

Chung said at the ceremony that he expects a “positive effect” from the promise of better relations between the two countries.