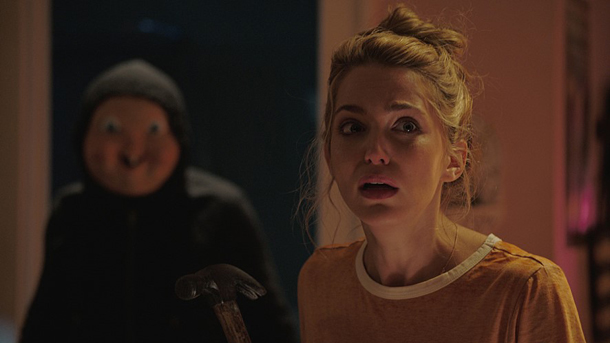 Teresa “Tree” Gelbman wakes up with a hangover in the dorm room of her classmate Carter on Monday the 18th, which also happens to be her birthday. She ignores a phone call from her father, heads back to her room and while preparing for her classes of the day, her roommate Lori gives her a cupcake specially made for her birthday. Tree blows out the candle on the cupcake but dumps it in the trash because of the carbs.

Later that night, her sorority sisters throw her a “secret” birthday party, but while checking herself out in the mirror, she is stabbed by someone wearing a baby mask. The next day, she wakes up again in Carter’s dorm and when she looks at the date, it is Monday the 18th, her birthday.

She thinks that she is going through deja vu - everything happens the same way it did the day before, and again she is taken out by the killer, and wakes up the next morning in Carter’s room. After going through multiple loops, she learns that she must take out the killer herself if she wants to live to see tomorrow.

“What do you know about his life?”

It is one year after painter Vincent van Gogh’s death and a young man named Armand comes to deliver a letter to van Gogh’s brother, Theo, at the request of his father, who was a fan of the painter. When Armand arrives, he becomes involved in trying to solve van Gogh’s mysterious death, and meets a number of people who affected van Gogh’s life: Two women, Marguerite and Adeline, who were close to him until his death, and a doctor named Gachet who knew his secrets. Armand listens to their stories, and learns astonishing facts about the person they knew as Vincent that he did not know at the beginning of the investigation.

“Loving Vincent” is the world’s first fully painted feature film produced by Oscar-winning studios Break Thru Films and Trademark Films. Each of the film’s 65,000 frames is an oil painting on canvas, using the same techniques as van Gogh, and was created by a team of 115 painters.

Thomas, a fresh college graduate living in New York, dreams of becoming a writer someday, and moves into a new apartment. There, he meets his new neighbor W.F. They run into each other quite often and Thomas begins to open up to him, telling W.F. about his life and his worries. He relies on him even more when he finds out that W.F. is a famous writer.

Struggling to balance between his dreams, love, and family troubles, the movie is about a young man figuring out how to deal with the complicated situations that people face while growing up. Throughout the movie, Thomas develops into a more secure person than he was before, and learns to think through his choices.

W.F. is played by actor Jeff Bridges, who has recently been seen in films such as “Iron Man” and “Kingsman: The Golden Circle.”

Actress Kate Beckinsale, who is most famous for her role in the movie “Serendipity,” plays the female lead in the film. 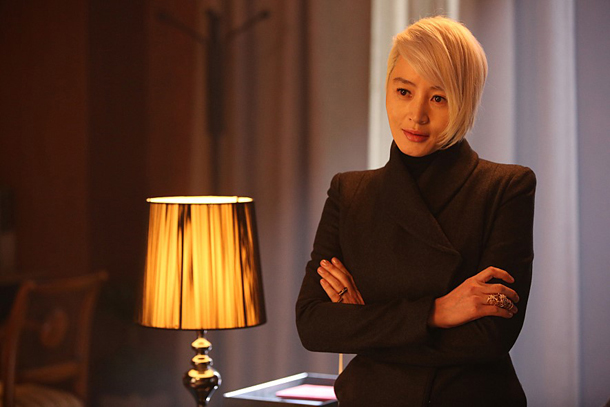 Na is a criminal mastermind who raised her gang from nothing to a powerful financial enterprise. After finishing her final project, she wants to retire and live a quiet, normal life. However, Im, her most loyal servant who completes every mission he is given, obsesses over her and is afraid that he will lose her if she retires.

Meanwhile, the star prosecutor Choi, who has been investigating Na’s enterprise, falls into her trap when she catches him having an affair. Choi finds out that she possesses a video recording of his affair, which Na uses to threaten Choi. She tells him to halt his investigation into her company. Furious over the fact that Na knows his ultimate weakness, Choi seeks revenge.

This is one of the first female noir films in Korea. Na is played by veteran actress Kim Hye-soo, while actor Lee Sun-gyun plays the role of Im, the obsessed servant. Kim was featured in various films and TV series such as the film “Familyhood” (2016), “Coinlocker Girl” (2014) and “The Thieves” (2012). She also starred in the 2016 mega-hit TV series “Signal.” 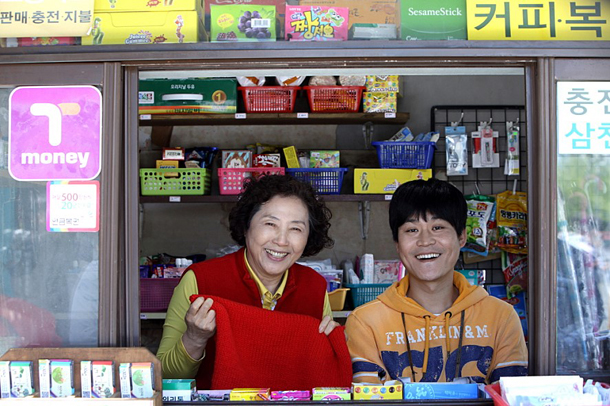 In a small town, there is a mother who has been taking care of his intellectually disabled son 24/7 for 30 years, and tags along with her son wherever he goes. She does everything for him, constantly nagging him, but he only seems interested in making trouble. One day, she discovers that she has been diagnosed with terminal cancer and she doesn’t have many days left to live. Worried about leaving her son behind by himself, she teaches him how to do things alone, without her help. She is not alone, though, as the townspeople and her elder daughter will come to her aid to help her son live a life of his own.

“The Preparation” is a heart-warming family movie about the special bond between an overprotective mother and her disabled son. The mother prepares to say goodbye to her son while creating an environment for her son to live independently without her.

The mother is played by actress Go Doo-shim, who has starred in countless TV series and films. The son is played by actor Kim Sung-gyun, who made his name known on the tvN television drama “Reply, 1994” (2013). 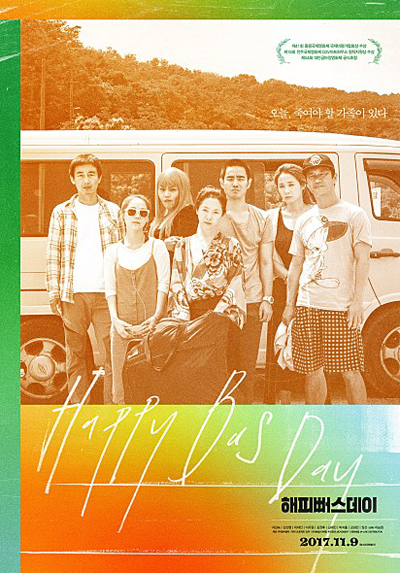 This family is not a happy family.

They may be appear to be a family on the outside, but they all have different worries and difficulties which they do not share with each other. In a final effort to gather her family together one last time, the mother of the family decides to host a birthday party for her eldest son, who is known as “the monster” of the family.

When the whole family reluctantly gathers for the party, the mother orders each member to go into “the monster’s” room and spend 10 minutes together.

In the process, each family member’s pain, secrets and sincerest feelings are revealed, giving an insight into the secret struggles and difficulties that all families go through together.

Martin and Gabi are a couple who met through a dating application. Although they started out casually, they soon build up a serious relationship, becoming lovers and wildly in love with one another. Pretty soon they are doing everything together and they seep into each other’s lives. However, as their love deepens, hatred, doubts and obsession about each other also accumulates, and brief lover’s fights turn into a crisis within the couple.

“Newness” is the first sincere dramatic film about a relationship that starts through a dating application.

Although the beginning is different, the film gives out a message about relationships and how the couples have to work past their differences to stay together after the “newness” phase fazes out.

Martin and Gabi will be played by actor and actress Nicolas Hoult and Laia Costa. Nicolas Hoult is well known for starring in various popular films such as the X-Men series, “Warm Bodies” and “Mad Max: Fury Road.”