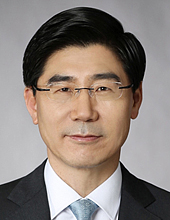 Lee Kwang-goo, CEO of Woori Bank, offered to resign on Thursday to take responsibility for unfair recruiting practices at the bank after a parliamentary audit highlighted a dubious employment record last month.

The bank came under fire during the parliamentary audit as there was evidence that the sons and daughters of high ranking government officials had been favored during the hiring process.

The hiring practices in question took place in 2016 when the bank allegedly employed sixteen sons and daughters of high-ranking officials at the Financial Supervisory Service, the country’s financial watchdog, and the National Intelligence Service.

Sim Sang-Jeong of the progressive Justice Party said that the bank made its employment decisions following requests from external figures.

Lee apologized and expressed his intention to resign in an email sent to Woori Bank employees.

“I’d like to apologize for the controversy surrounding the 2016 recruitment and any damages from that,” he said.

The revelation came after he started his second term this year. Lee was supposed to take over through 2019. The Financial Supervisory Service referred the case to the prosecution.

“It appears that the head wanted to quickly normalize management through the apology and resignation,” said a source at Woori Bank.

“And it shows his intention to follow through with the investigation procedure,” the source added.

Following the controversy, the bank dismissed three executive-level employees who are allegedly linked with the hiring decision.

The Woori case is only the latest in a string of unfair recruitment practices in the finance industry.

The Board of Audit and Inspection found 52 cases of misconduct in September at the Financial Supervisory Service and demanded penalties for five high-ranking officials.

The Financial Services Commission will launch a probe into hiring records at public financial companies over the past five years.