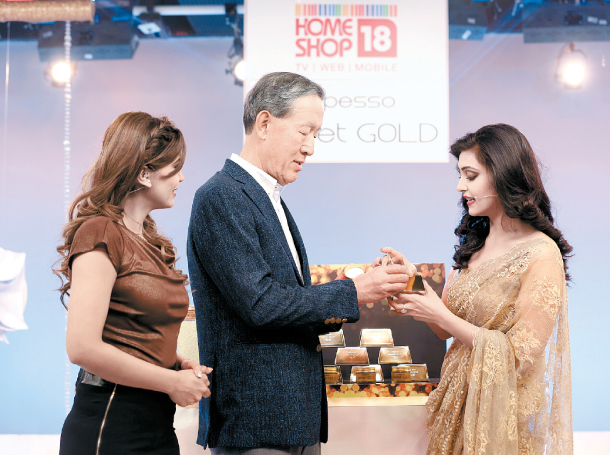 GS Group will seek to expand its presence in the Indian market, the head of the group said.

“India is an emerging market with a large domestic market that is recording [an annual GDP] growth rate in near 7 percent range,” said Huh Chang-soo, the Chairman of GS Group, during a meeting of executives in New Delhi, India, on Wednesday. “The market itself has boundless potential, not to mention the strategic value it holds as a bridge to the markets in the Middle East and Europe.”

Group Chairman Huh and chief executives of key affiliates of the group - including Huh Jin-soo, the CEO of GS Caltex, an oil refining arm of the group, and Huh Myung-soo, vice chairman of GS Engineering and Construction - gathered in India for two days to discuss the strategy for the group to further enlarge its global business.

“[The group] must support the business expansion for our partner companies and Korean small and mid-sized companies through the global network of GS,” Huh added. “And through this partnership, we must create a business model where the group can also achieve growth.”

During the meeting, Huh noted that India’s middle class is growing at a rapid pace to become the third-leading economic powerhouse after the United States and China in terms of purchasing power.

“We must create a localized business model for India in order to gain competitiveness in the local market,” Huh added.