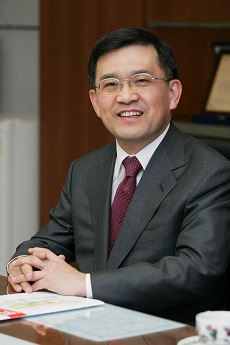 The reshuffle came as surprise as the three figures were expected to depart Samsung after the company announced just two days earlier a new leadership to “succeed” them. It said they would resign from their current posts.

Samsung elevated on Tuesday Kim Ki-nam, former president of the device solutions division, as the replacement for Kwon. CEOs Yoon and Shin would leave Samsung in March, shortening their three-year terms by a year, the company said at the time. They are set to leave the board of directors as of March 2018.

“The three former heads will not be involved in the company’s daily operations, but will leverage their knowledge and insights to advise the current management team,” said Samsung in a statement Thursday. It went on to say that their promotions “show respect for their huge contribution” to the company’s growth.

Kwon will be responsible for chairing the Samsung Advanced Institute of Technology to help guide future technology development with his expertise in semiconductors, Samsung said.

That institute, based in Suwon, Gyeonggi, is where all future technologies for Samsung’s long-term growth are hatched. Last year, the institute absorbed all the research centers under the Samsung umbrella — from electronic materials to biotechnology and biopharmaceuticals — for the sake of maximizing R&D efficiency.

“With today’s announcement, the company has completed its leadership change,” the statement said. “The new team will accelerate the pace of innovation and address the increasingly complex demands of the connected world, keeping the company on its growth trajectory.”

The reshuffle appears to be an attempt to minimize the impact of a management vacuum as Chairman Lee Kun-hee remains bedridden and his son and heir Lee Jae-yong was sentenced to five years in prison in August on corruption charges. He is detained pending appeals.

In a related measure, Samsung said Thursday it established a new task force to “discuss issues common among other affiliates and business sectors related with Samsung Electronics and bring out synergy.”

Jung Hyeon-ho, 57, will be heading that task force, which partially inherits the duties of the Future Strategy Office, which was dismantled in March in the aftermath of its involvement in the political corruption scandal that toppled former President Park Geun-hye and led to the jailing of Lee Jae-yong.

Samsung claimed the task force will have limited influence — only on electronics business-related affiliates. But Samsung’s powerful central planning office has survived numerous scandals over the decades and claims that it will be neutered.

Jung, a graduate of Harvard Business School, served as vice president and president in charge of management diagnosis and human resources at the Future Strategy Office from April 2014 until the office was disbanded.

He became Lee Jae-yong’s confidante after they met at Harvard in the mid 1990s. The heir apparent was studying for a Ph.D. Samsung described Jung’s role as “assistant to CEOs” but speculation is high that he will be effectively assisting Lee.

Among those promoted from vice presidents to presidents, Tim Baxter, CEO of Samsung Electronics America, has become the first foreigner to climb to the CEO level at the world’s No. smartphone, TV and memory chip producer.

Samsung affiliates were quick to follow up with president-level reshuffles on the same day.
Samsung Electronics and its affiliates will administer reshuffles at the vice-president level soon.