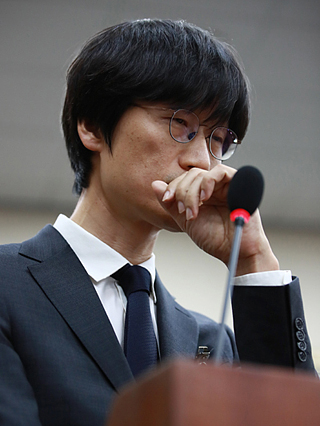 Disquiet over the supposed special treatment of foreign companies that do business in Korea is growing after the founder of influential search engine Naver lashed out at Google during a recent parliamentary hearing.

Politicians and academics claim that foreign companies like Google that do business in Korea have been receiving privilege because they are registered as limited liability companies (LLCs), and as such they are not obliged to disclose data relating to company performance. As a result, LLCs have a significantly lower chance of being caught out for illegal or irresponsible business practices.

Naver founder Lee Hae-jin pinpointed Google as a beneficiary of such a system during the hearing. Google responded immediately, claiming that it follows the necessary tax regulations and creates enough jobs.

“Google and Facebook take up an enormous amount of profit [in Korea] but they don’t pay tax nor create enough jobs,” said Lee at the hearing.

“Google seems relatively clean just because it has a low market share in Korea. In a country where Google is a dominant player, it receives similar criticism and turns out to be not clean at all.”

Naver’s Lee has been questioned over allegations that the company buried an article that was written unfavorably toward the Korean football league after a sports official made a call to the website. Abusing the most-searched term list is another allegation that Naver is facing.

“Google is paying taxes in Korea and is abiding with laws regarding tax. Also, there are hundreds of staff working at Google Korea,” it added.

Naver didn’t agree with the statement.

“Without revealing such numbers, it is nonsense to claim that it is abiding with the tax law,” the official added.

One industry insider commented that the number of people employed at Google Korea is very low considering that the company makes about 4.5 trillion won ($4.04 billion) per year based on a market estimate.

“If Google has been paying taxes, this would be a nice opportunity to reveal it and have a clean slate once and for all,” said Kim Hyun-kyung, a professor at Seoul National University of Science and Technology.

John Lee, head of Google Korea, who also attended the same hearing as Naver’s Lee, reiterated the company policy that it doesn’t disclose revenue that is earned in Korea.