Music, stories to enrich a fall day at the museum : National Museum offers concert and book reading to accompany exhibit

Music, stories to enrich a fall day at the museum : National Museum offers concert and book reading to accompany exhibit 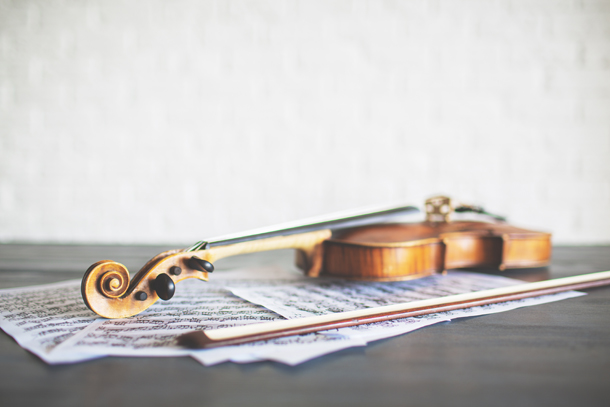 With leaves turning colors and falling to the ground, making a colored carpet on the streets, it is easier to find yourself feeling more emotional. People often turn to literature or music to fill the emptiness they feel with the change of seasons.

The National Museum of Korea is offering a variety of cultural events to entertain and enrich anyone looking for some fulfilment this week. On Nov. 9, the museum will hold the The German Literature Concert where visitors will be able to hear a reading of a German novel and enjoy a performance of Baroque music. 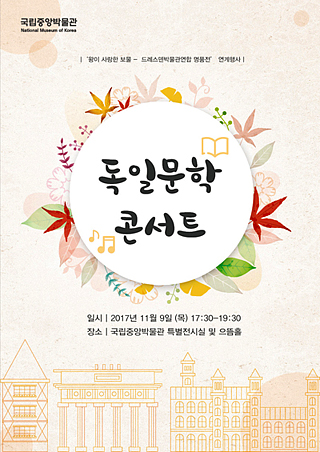 The event is an extension of the ongoing exhibition “The Dream of a King: Masterpieces from the Dresden State Art Collections.” The exhibit is displaying about 130 pieces of royal artwork including jewelry, porcelains and recreates parts of the palace where the royals of Dresden used to live.

Visitors to Thursday’s event will be able to tour the exhibition with a curator and get a better understanding of the culture of Dresden. Afterwards, they can learn about German literature and music at the free event.

Professor Marcus Stein of Chung-Ang University will read “Nach der Flucht,” which was written by German writer Ilija Trojanow. The excerpt of the book that will be read at the event will be translated into Korean for the first time.

“Through the novel, we want people to think about what makes up Dresden culture, which flourished thanks to the mix of European and East Asian cultures,” said the National Museum of Korea.

The special event will end with a dynamic musical performance. A duo made up of a violinist and a guitarist called GuiLin will perform music from Germany’s Baroque period. To appeal to visitors of all musical backgrounds, the group will perform widely known pieces from Bach and Pachelbel. “Pachelbel’s Canon,” perhaps one of the most famous pieces of the Baroque period, has been recreated thousands of times over the years. In Korea, it is most famous for being featured in the 2001 movie “My Sassy Girl.”

The German Literature Concert will start at 5:30 p.m. and will last about two hours. It is free and the seats will be available on a first-come first-serve basis. A total 100 seats are available. To sign up, call (02) 2077-9229 or email hyeonjikong@korea.kr.

The exhibition “The Dream of a King: Masterpieces from the Dresden State Art Collections” at the National Museum of Korea lasts until Nov. 26. The admission is 9,000 won ($8.06) for adults, 8,000 won for college, high and junior highs school students, 7,000 won elementary school students, and 5,000 won for children over 48 months or the persons over 65. For more information call 1688-0361 or go to www.museum.go.kr