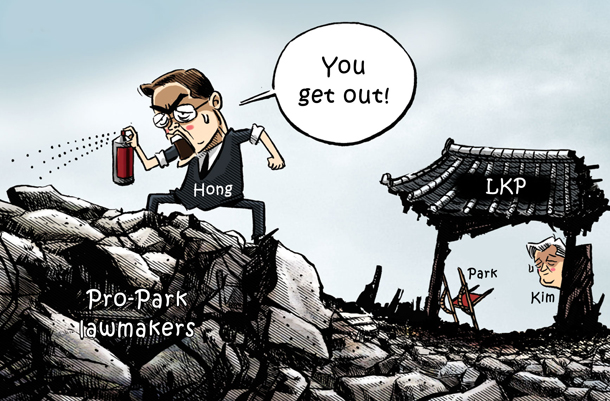 The chairman of the main opposition Liberty Korea Party, Hong Joon-pyo, called a pro-Park Geun-hye faction led by eight-term lawmaker Suh Chung-won “cockroaches” and is trying to kick them out of the embattled party. After Hong expelled the former president from the party, Rep. Kim Moo-sung, who defected to the Bareun Party, ponders whether to return to the LKP.