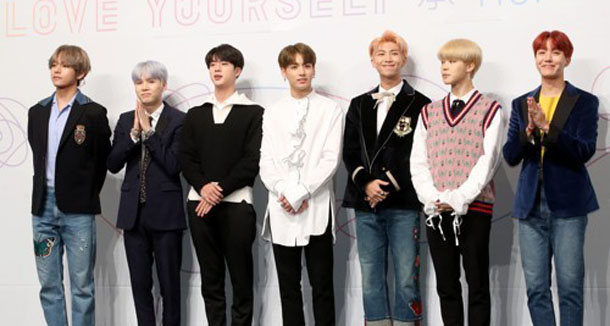 Korean boy band BTS will perform at a music awards show in the United States later this month, its Seoul-based agency said Saturday.

BTS will sing its hit single “DNA” at the 45th edition of the awards show, which will be broadcast live by the ABC network in the U.S.