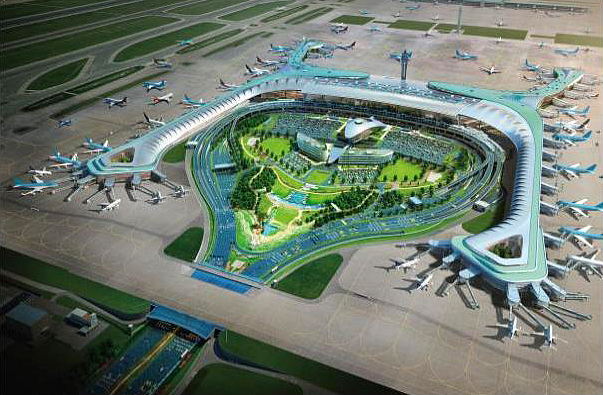 Incheon International Airport plans to open its new terminal on Jan. 18, about three weeks before the start of the PyeongChang Winter Olympics, the airport’s operator said Sunday.

The opening date of Terminal 2 was set based on the consideration that the Olympic Village opens on Jan. 30. The airport has been expanding its facilities to accommodate the athletes and officials who will be coming to Korea for the Winter Games.

Four members of the SkyTeam alliance - Korean Air, Delta, Air France and KLM - will use the new terminal. Other carriers, including Asiana Airlines, will remain in the existing Terminal 1.

The airport expects about 20 percent of the Games’ 300,000 visitors will go through Terminal 2.

The new terminal will allow the airport to handle 72 million passengers and 5 million tons of cargo annually, according to data from the airport’s operator.

The existing terminal had the capacity to handle 54 million passengers and 4.5 million tons of cargo a year.

“Based on expanded infrastructure, we expect the airport to become the core airport in the Northeast Asian region,” an airport spokesman said, “and also win in the competition to become the world’s leading hub airport.”

The new terminal will operate independently from Terminal 1 and have its own check-in, security and customs facilities. The airport said it has upgraded the technology to shorten the time from check-in to boarding. Self-check-in counters and guide robots will be installed for passenger convenience.

The airport also announced a plan to continue expanding Terminal 2 through 2023. The airport has so far spent 5 trillion won on building the terminal and plans to add another 4.2 trillion won to expand its capacity so that it can handle up to 46 million passengers a year.