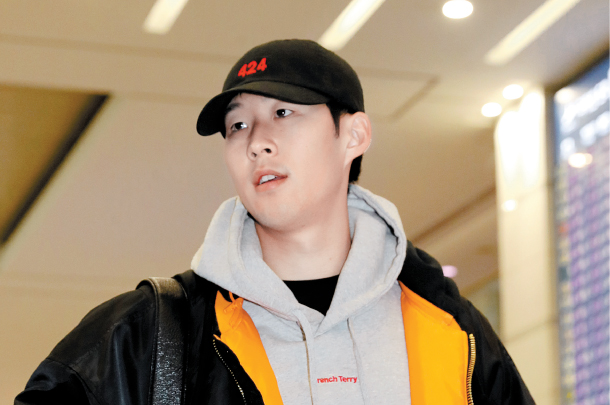 Tottenham Hotspur forward Son Heung-min said he still has to do a lot to catch up to his compatriot Park Ji-sung even after breaking a scoring record held by the former Manchester United midfielder.

Son surpassed Park to become the highest-scoring Asian player in English Premier League (EPL) history with the winner against Crystal Palace at Wembley Stadium in London on Sunday. Son, who joined Spurs in 2015 from German outfit Bayer Leverkusen, bagged his 20th career Premier League goal in the 64th minute with a curled left-footed strike, breaking Park’s total of 19 goals.

Although the 25-year-old has put his name in EPL history books, Son humbly said he has a long way to go to become like Park, who won four EPL titles and one UEFA Champions League crown during his seven seasons with Man United.

“Park Ji-sung had the record and he’s my idol,” Son told Spurs TV. “He’s a legend. He’s got everything. I’ve a lot to do to catch him.”

Son, however, said he was happy to set the record, especially in front of people he loves.

“Today is a very happy day for me,” he said. “I scored, we won, I broke the record and my family was here, my brother, my friends. It was a special day for me.”

The goal against Palace was only Son’s second in the Premier League this season. He had four goals in his debut season, and notched 14 goals in the league last season.

Son said he still wants to score more goals. Last season, he netted 21 goals in all competitions and broke the single-season scoring record for a Korean in Europe, previously held by Cha Bum-kun, who had 19 goals for Leverkusen in the 1985 season.

“I can enjoy this day but I’m still hungry,” he said. “I hope I can score many, many goals for Spurs.”

Son will soon join the Korean national team for upcoming friendly matches against Colombia and Serbia at home. For Korea, he has 18 goals in 59 appearances.