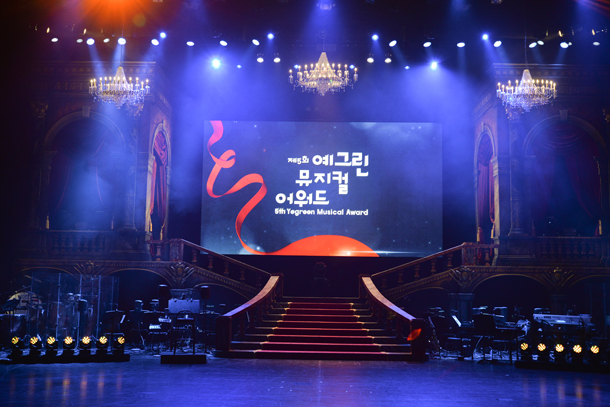 The Yegreen Musical Awards will be held on Nov. 20 at the Chungmu Arts Center in central Seoul. [CHUNGMU ART CENTER]

Last week, organizers announced the nominees and “Ben-Hur” took home the most nominations. The musical, which recently ended its run on Oct. 29, is in the running for 10 awards including Musical of the Year, as well as Best Male Actor, Best Male Supporting Actor, Best Ensemble, Best Director, Best Choreography, Best Music and Best Stage Design.

The musical, produced by New Contents Company, portrays the struggles, love and devotion of the leading character, Ben-Hur. The best-selling novel, written by Lew Wallace in 1880, has been adapted into numerous films and musicals.

Competing against “Ben-Hur” for Musical of the Year is “I, Natasha, and a White Donkey,” “History of Nerds,” “Maybe Happy Ending,” and “Interview.”

The nominees for the highly anticipated Best Male Actor award include Kang Pil-seok from “I, Natasha, and a White Donkey,” Kim Jae-bum from “Maybe Happy Ending,” Park Eun-tae and Kai from “Ben-Hur,” Yang Jun-mo from “Hero,” and Hong Gwang-ho from “Mr. Mouse.”

This year, organizers added Best Ensemble to the list of awards it will give out at the ceremony. Kim Seung-up, head of the Yegreen Musical Awards’ organizing committee, said that “Korean musicals’ ensembles are some of the strongest,” adding that “ensemble members should also be acknowledged for their work.”