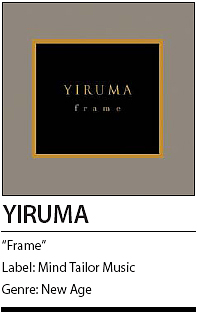 Pianist and composer Yiruma has successfully finished his 2017 world tour and is back with his latest album “Frame.”

While previous albums were filled with songs that were heavy and serious, the pieces on the pianist’s 10th album have a warm and bright tone, and many feature strings.

The musician says he named his album “Frame” to spread his story through the frame of the piano. To his fans, he said, “If sad memories could sometimes be put into a wonderful frame, I think it could console people and help them to continue to live their lives.”

Although the artist was busy traveling the world on tour over the last two years, he always planned to return and produce another album in Korea, as he has not had many opportunities to perform domestically. With his newest album, he wanted Korean listeners to hear his work before anyone else, and chose to release it here before anywhere else. He will be holding concerts in support of the album throughout the rest of the year.