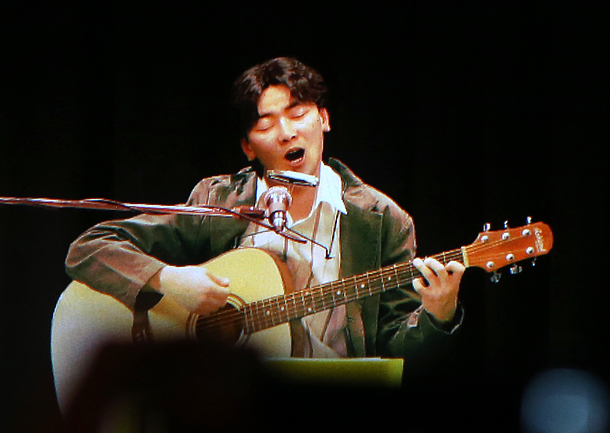 Recently, legendary folk singer Kim Kwang-seok - who allegedly ended his life in 1996 - has been making headlines after it was revealed that his daughter died in 2007. Kim’s wife, Seoh Hai-soon, has been accused by many of Kim’s fans of killing the daughter in order to lay claim to Kim’s copyrights, as well as killing Kim and disguising it as a suicide. She is currently banned from leaving the country while being investigated by police. Seoh and her daughter have ownership over many of the late singer’s copyrights.

The police investigating the case said Monday that it will announce the result of their probe within the week.

In light of the issue, a musical that premiered three years ago has come into the spotlight only recently. 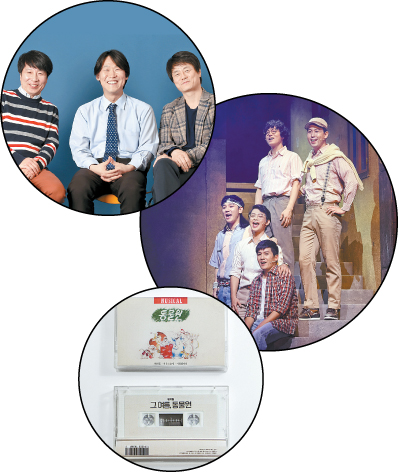 From top: The three remaining members of the band Dongmulwon. From left are Park Ki-young, Yoo Joon-yeol and Bae Young-gil; “That Summer, Dongmulwon - The Zoo” kicks off tonight at the Hanjeon Art Center; the musical’s poster. [YONHAP, SEM COMPANY]

A jukebox musical titled “That Summer, Dongmulwon - The Zoo” tells the life story of Kim and his band Dongmulwon (which means “zoo” in Korean), using the band’s songs. The show premiered three years ago but has started to receive more attention in recent weeks, as it makes its return to stage tonight at the Hanjeon Art Center in southern Seoul.

As Kim’s wife - whom Kim’s fans call a “wicked and fishy woman” - owns many of the singer’s songs, fans have decided not to listen to them or support the musical.

But according to the producer of the musical, the show does not use a single song that is owned by Seoh.

“There’s been a movement among Kim’s fans that they should not listen to any of Kim’s songs until the case involving Seoh is settled,” said Park Ki-young, the music director of the musical.

“But, I can assure them that the musical only uses Kim’s songs that were written while he was in the band. Seoh doesn’t hold the copyright of those songs, so she won’t be taking a penny from this show.” 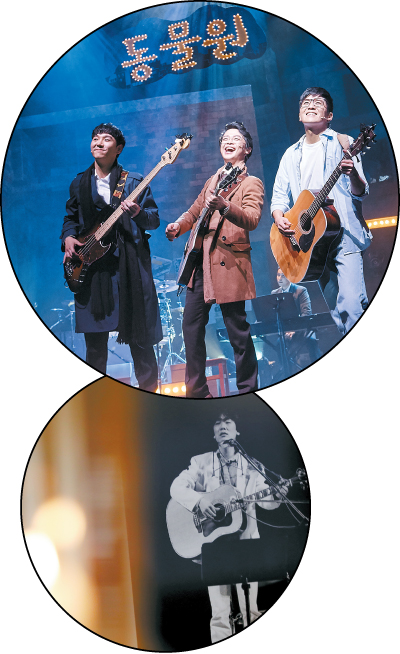 From top: “That Summer, Dongmulwon -The Zoo” uses the songs of late singer Kim Kwang-seok; An image of Kim is displayed at a concert held on the 10th anniversary of his death last December. [SEM COMPANY, YONHAP]

According to Park, who is one of the three remaining members of the band Dongmulwon, which made its debut in 1988, he and the other members knew that creating a musical using Kim’s songs owned by Seoh would only benefit the controversial figure, so they consciously created the show only using the songs under the band’s copyright.

“As soon as Kim died, all of his friends wanted nothing to do with [his wife],” Park said. “We didn’t want to meet her in any way or even talk to her, so naturally, the musical has been created so that it will not involve her in any way.”

Singer Hong Kyung-min, who is one of the three actors alternating in the role of “That Friend,” said, “Although the protagonist in this musical is Kim, it is about him and his friends while they worked together in the band, using songs that were written as a band.”

The story revolves around the character of Kim and the good and bad times he had with the members of the band. The singer’s songs that appear in the musical include “Hyewha-dong,” “At City Hall Station” and “On the Street,” among many others that are still beloved and covered by many young singers today.