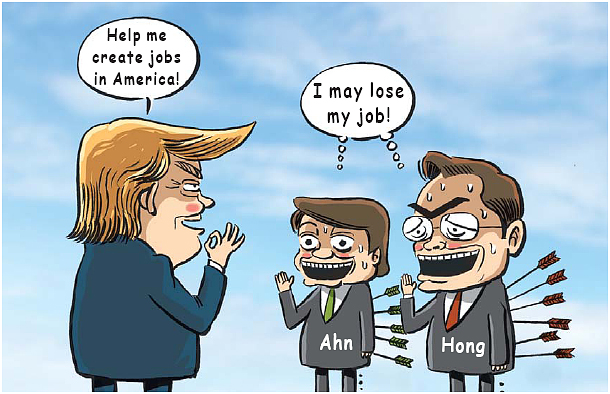 In his first visit to Korea Tuesday as president of the United States, Donald Trump said he came to Korea to create jobs in America. Meanwhile, opposition leaders Hong Joon-pyo and Ahn Cheol-soo have to worry about their jobs as head of the Liberty Korea Party and People’s Party due to internal discord.