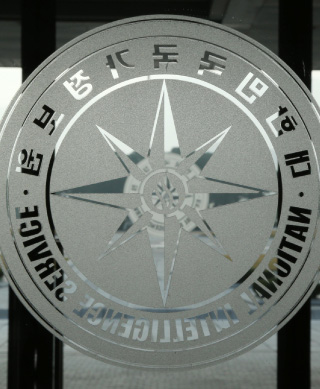 A view inside the National Intelligence Service.

The prosecutors investigating former President Park Geun-hye for abuse of power have shifted their focus to the Blue House’s illegal use of a special budget allocated for the National Intelligence Service’s classified security operations. The prosecution has been making little headway in building up a bribery case against Park, who is accused of receiving money from conglomerates like Samsung and Lotte.

During the past six months of investigation and trial, both parties insist no favors have been attached to the conglomerate’s donations to nonprofit organizations run by Choi Soon-sil, a close associate of Park. But then, former NIS chiefs confessed that they had handed over their special activity expenses each month to three of Park’s closest aides: Ahn Bong-geun, Lee Jae-man and Jeong Ho-seong.

The special expenses were paid in cash, and it is said that over four years of Park’s presidency, about 4 billion won ($3.6 million) has gone to the Blue House. The embezzlement offers a perfect case for prosecutors to mount additional charges against Park.

To build up their case, prosecutors must prove there were favors exchanged between the president and NIS chiefs for their contributions. It would be a windfall if they can trace Park to having used some of the money to help fund Choi’s flee to Germany. It could reignite public anger toward the former president for squandering taxpayer money.

Prosecutors have the duty to chase any illegalities to the end, but there must be some discretion in dealing with the extraordinary account. The Blue House could receive backlash if it lets the prosecution rummage through the budget.

Suh Hoon, the current director of the NIS, told the National Assembly’s Intelligence Committee that part of the 4 billion won that went to the Blue House was for special intelligence operations. The budget cannot be disclosed out of concern for national interests.

The most famous reveal was a $20 million ransom that NIS chief Kim Man-bok paid to the Taliban in Afghanistan to bring home a group of Korean Christian volunteers held hostage in August 2007. The Afghan militants had already killed two hostages and were threatening to kill more after capturing 23 Korean Christian workers.

Kim, wearing a bulletproof vest, flew there under a rescue mission ordered by President Roh Moo-hyun. He reportedly took with him $30 million from the special ops account, according to Kim Dang, former editor of the online news outlet OhmyNews who covered the NIS for most of his career.

He claimed in his book “NIS Secret File” published last year that Kim paid the Taliban $20 million and handed over the remaining $10 million to secure a summit meeting between Roh and North Korean leader Kim Jong-il that took place in October that same year.

Kim declined to comment on the ransom payment, but vehemently denied that $10 million was transferred to the North Koreans. Kim is said to have kept a receipt from the Taliban leadership for the ransom but is still arguing with the writer over the alleged payment to Pyongyang. The latter could become controversial because it would mean that the NIS budget under the Roh administration might have gone to financing North Korea’s nuclear weapons development.

The theory could lead to the argument that Seoul essentially contributed to Pyongyang’s nuclear weapons program.

It was President Moon Jae-in, as Roh’s chief of staff, who had arranged the summit meeting with Kim Jong-il in 2007. He may have to answer to the allegation that NIS money went to Pyongyang. The special ops budget could turn into a Pandora’s box.