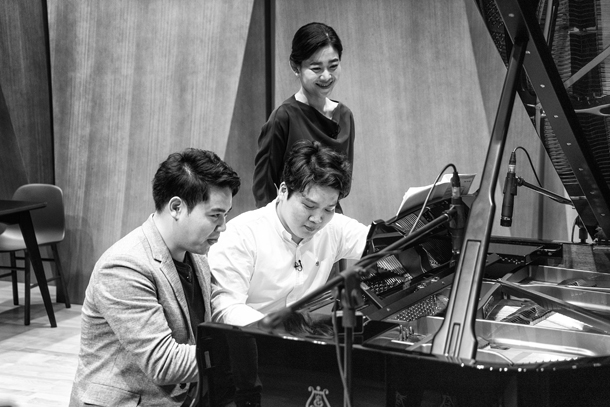 Kim Jae-won, left, and Park Jong-hai play the piano on the JTBC program “Classic Today” as JoongAng Ilbo reporter Kim Ho-jeong watches from behind. The program aired its 20th episode in June and will celebrate the end of its first season with a show at Lotte Concert Hall on Nov. 23. [JTBC]

Nov. 23: Meet the classical music performers from the JTBC program “Classic Today.” JoongAng Ilbo reporter Kim Ho-jeong has been emceeing the program since January, interviewing Korean classical musicians and bringing them closer to the general public through casual interviews and intimate performances. The program just wrapped up its first season with episode 20 in June.

Nov. 18: The Ditto ensemble will be performing chamber music under the theme “England vs. Italy,” featuring pieces inspired by the two countries. The bill includes Mendelssohn’s “Fingal’s Cave” overture and “Italian” symphony as well as Haydn’s “Cello Concerto No. 1 in C Major.”

Nov. 19-20: One of Germany’s best-known orchestras, the Berlin Philharmonic, founded in 1882, is performing in Korea for a sixth time. The two shows will be the orchestra’s final performance with Simon Rattle as artistic director.

Chinese pianist Lang Lang was originally slated to feature in the show, but due to an injury on his left arm, he will be replaced by Korean pianist Cho Seong-jin, who will also accompany the orchestra for its Berlin, Frankfurt and Hong Kong concerts.

Rattle, who hails from Liverpool, England, is considered one of the most revolutionary conductors in the modern classical music world. His work with the Berlin Philharmonic has created fresh and exciting sounds.

The Berlin Philharmonic remains one of the most powerful orchestras in the world and boasts legendary figures like Wilhelm Furtwangler and Herbert von Karajan among its former conductors. 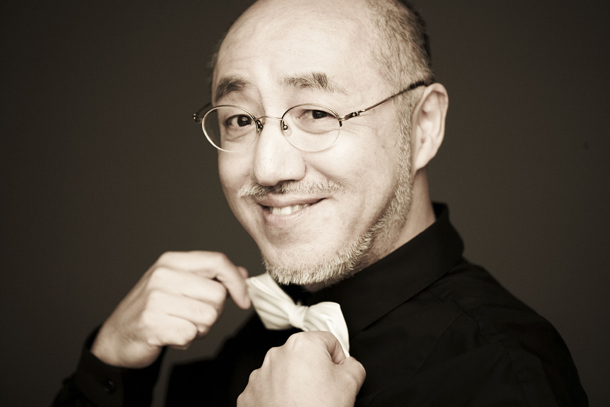 Dec. 21: Since 2009, Yuhki Kupamoto’s Christmas shows have been selling out in Korea, with the composer and pianist always inviting new friends to play at his end-of-year concert.

This time, he has invited violinist Shin Zia, clarinetist Kim Han, conductor Baek Yoon-hak and the Ditto orchestra to play a medley of his best work and Christmas carols which he has remade to liven up the holiday season.

Yoon has been embarking on a concert tour since Oct. 28, with stops in Ulsan, Incheon, Suwon, Busan, Gyeongsan and Seongnam. The tour finally comes to Seoul in December. It will be one of his last cities.

Nov. 9-12: The renowned Mariinsky Ballet and its orchestra will be coming to Seoul to present Tchaikovsky’s “Swan Lake.” The performance will feature legendary ballerina Viktoria Tereshkina. Her partner will be Mariinsky Ballet’s first Asian ballerino, Kim Ki-min.

In 2016, Kim became the first Korean ballerino to win the Benois de la Danse, one of the world’s most prestigious ballet competitions.

The show’s other ballet pair is Irina Sapozhnikova and Sergey Umanetc.

Nov. 9-12: Bizet’s masterpiece “Carmen” gets new life as a modern ballet by Swedish choreographer Johan Inger and the Spanish National Dance Company. This classic love story reimagined with modern sophistication explores the powerful emotions of love, desire and freedom. The performance received critical acclaim during its first performance in Madrid, and Inger took home the Benois de la Dance in 2016 for his choreography.

Nov. 16-19: Based on the legend of the golem, this play skewers contemporary society for being controlled by smartphones and digital technology.

The classic story revolves around a mythical creature created out of clay and brought to life to do the chores and work of its master.

In this rendition, Robert is an ordinary man who is timid and does his company’s mindless work. Everything changes after he comes into the possession of a clay doll. The golem not only does his work for him, but even tells him what he should wear and eat.

At first, everything goes smoothly for Robert. He is promoted to a higher position, enjoys dates with his co-worker, and it seems his life is heading for the better. Little by little, though, he becomes dominated by the golem’s orders.

“Golem” was created by the 1927 theater company, whose members will visit Korea to perform the play. Its interesting plot, witty humor and hidden satirical message have made the play a runaway success. The play sold out for eight consecutive weeks when it was staged in London in 2014. 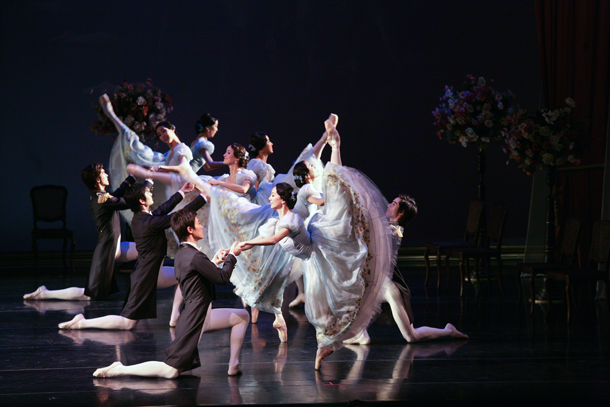 “Billy Elliot” is a heartwarming and humorous story about a young boy and his family trying to fulfill their dreams through beautiful music and exquisite choreography.

Dec. 5- Feb. 11: The hit Korean television drama “Hourglass” is reborn into a musical.

When it first aired in 1995, the show recorded the highest viewership rating of 64.5 percent. The story revolves around three characters struggling to live in Korea during the turbulent 1970s and ‘80s and trying to turn back the “hourglass” of their predetermined fates to achieve their goals and dreams. They are affected by the political oppression of their time, crossing into each other’s paths along the way, becoming friends and falling in love.

Actor Lee Ho-won, best known as Hoya from the boy band Infinite, will star alongside Shin Sung-rok, who frequently appears in musicals and television shows.