BTS teams up with Steve Aoki

BTS teams up with Steve Aoki 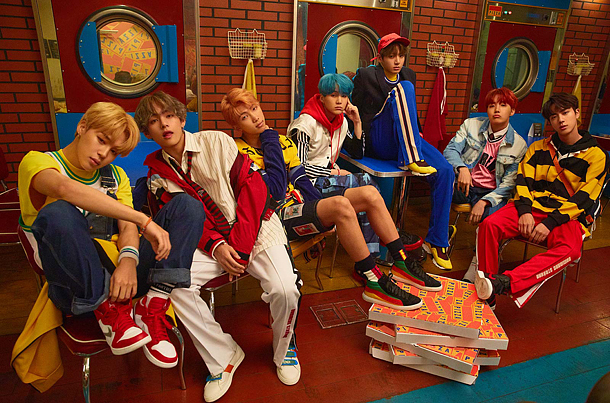 Boy band BTS has worked with American musician and producer Steve Aoki in making a remix of a song from its latest album, its agency said Tuesday.

Bit Hit Entertainment said the seven-member act will unveil worldwide on Nov. 17 the remix of “Mic Drop” that it put together in collaboration with Aoki, an electro house musician, DJ and record producer.

The hip-hop number is one of the 11 tracks from “Love Yourself: Her,” released on Sept. 18.

The collaboration with the global artist, the agency said, was a reply to fans’ support for the album, which “produced meaningful results.”

BTS is scheduled to perform at the American Music Awards at Microsoft Theater in Los Angeles on Nov. 19. It will sing its hit single, “DNA,” at the 45th edition of the awards show that will be broadcasted live by ABC in the United States.