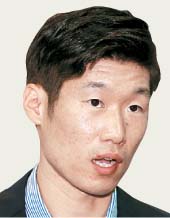 The Korea Football Association (KFA) said Park will be chief of its youth football strategy department. The 36-year-old, who hung up his boots in 2014, will set plans and make policies for the country’s youth footballers. The KFA said it believes that Park can use his experience with advanced youth systems in other countries to help Korea.

This is the first time that Park will be working for the KFA in an official capacity. After finishing a FIFA Master course this summer, he has been pursuing his career as a football administrator. Park, a member of the 2002 World Cup semifinalist Korean national team, has also been hosting youth football tournaments with his JS Foundation.

Along with Park, the KFA named former Korea national football team head coach Hong Myung-bo as its general secretary. Hong, who led Korea at the 2014 FIFA World Cup, will replace An Ki-hun. The former World Cup Bronze Ball-winning defender will be assisted by former KFA international affairs team leader Chun Han-jin, who will serve as a deputy secretary to manage the KFA administrations. 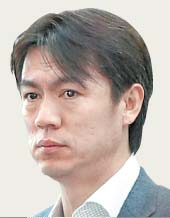 The KFA added that former Korean national team defender and Dong-A University head coach Choi Young-il will be one of its vice presidents and he will be responsible for school football programs.

The reshuffle was made after KFA President Chung Mong-gyu last month promised to make restructuring efforts to boost the competitiveness of Korean football. Although Korea had secured a spot at the 2018 FIFA World Cup, some angry fans called for an overhaul of the football governing body following the men’s national team’s poor performance and corruption scandal involving some KFA executives.

Chung then said the KFA will have a separate committee only to handle national team coach hirings, and will have a personnel reshuffle to refresh the football body. After Chung’s announcement, KFA Vice Presidents Kim Ho-gon, who was also in charge of the technical committee, and Lee Yong-soo, along with general secretary An offered their resignations.

“The reshuffle shows the KFA’s will to find talented people with expertise in football,” the KFA said in a release. “It also reflects the KFA President Chung’s strong commitment to refresh KFA manpower and listen to people’s voice for a change.”

The KFA said that leader for the coach hiring committee will soon be announced and it will also reshuffle working-level staff. The KFA added that newly appointed executives will officially begin their work once their appointment is approved at the general assembly meeting.