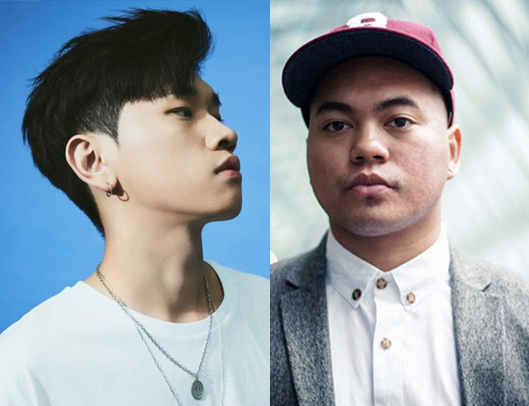 R&B singer Crush, left, has been invited to perform as a special guest at American singer Jeff Bernat’s concert in Seoul on Nov. 19.

An organizer of the “2017 Live in Seoul” event said that, “Bernat contacted Crush in private, as the two were featured on singer Dean’s track ‘what2do’ in early 2016.”

Jeff Bernat debuted with his first album, “The Gentleman Approach” in 2012 and since then has produced several hit tracks such as “Call You Mine,” “Groovin” and “If You Wonder.”

Crush, too, has several popular songs, including “Oasis” and “Just.” His tracks were featured on the soundtracks of several popular television dramas including SBS’ “It’s Alright, This is Love” (2014) and tvN’s “Guardian: The Lonely and Great God” (2016).

The concert will be held on Nov. 19, 7 p.m. at Blue Square, Samsung Electronics Hall in central Seoul, and tickets for the concert are currently on sale at ticket.interpark.com.