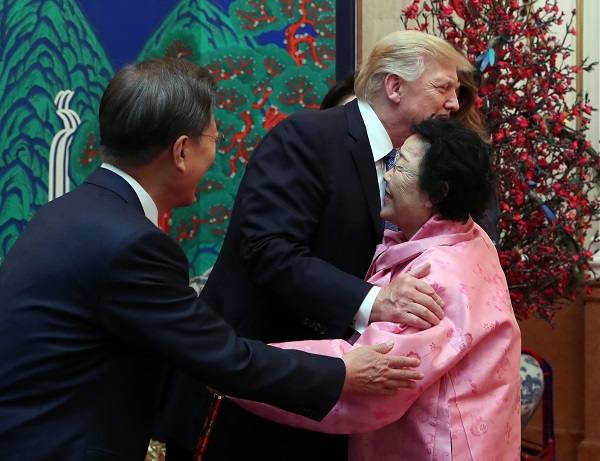 Lee has been a longtime activist who has spread global awareness of the plight of so-called comfort women — young women and girls, many of them Korean, who were forced into sexual slavery by the Imperial Japanese Army before and during World War II and made to serve in military brothels throughout Asia.

A photograph of the moment was shared on the Blue House’s Facebook account with a series of pictures from Trump’s visit, along with the comment, “At the state dinner, the two leaders greeted each and every guest that entered the banquet floor. President Trump is seen embracing Grandmother Lee Yong-soo, the real-life protagonist of the film ‘I Can Speak.’”