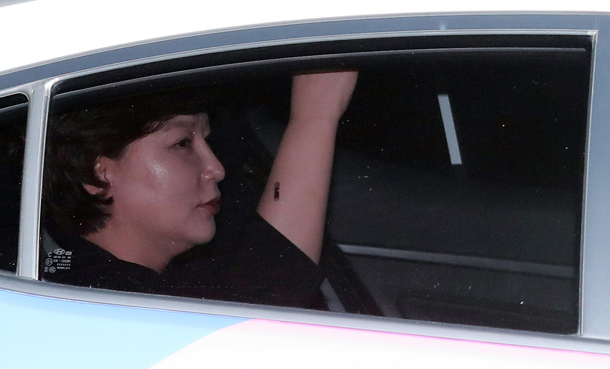 Seoul Metropolitan Police announced Friday that no evidence was found to prove that Seoh Hai-soon, wife of the late legendary folk singer Kim Kwang-seok, had abandoned her daughter Seo-yeon.

The police added that, after a thorough probe into the case, in which many of Kim’s fans accused Seoh of “killing her daughter,” it has concluded that she’d “taken good care of the daughter.” After the investigation, investigators forwarded their findings to the prosecution.

Police stated that documents including the insurance and hospital records, Seoh’s bank statements, as well as testimonies from Seo-yeon’s school teachers and the family’s neighbors show that Seoh had in fact tried to care for her ailing daughter.

Regarding the accusation that Seoh had “lied about the daughter’s death, keeping it a secret for 10 years in order to maintain the ownership of the late singer’s copyrights,” police said that Seoh is not obliged to report the death to either the court or her in-laws as long as she registered the death.

Following the release of the investigation results, Seoh said that she will file a lawsuit against her late husband’s brother Kwang-bok, as well as Lee Sang-ho, a journalist who produced a documentary about Kim’s death that blames Seoh for the death of both Kim and the daughter, and Rep. Ahn Min-seok of the Minjoo Party for false accusations.