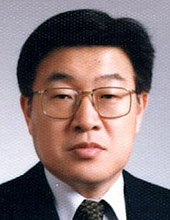 A former trade minister was nominated on Friday to lead the Korea International Trade Association, a private nonprofit representing the interests of over 70,000 Korean trade companies.

Representatives from the group’s most prominent members named Kim Young-ju as the sole candidate to be chairman of the association. The representatives included Kim In-ho, the exiting chairman, and 29 other business executives.

Kim’s appointment will be put to a vote on Thursday at an extraordinary shareholders meeting. If it proceeds as planned, he will serve as KITA’s 29th chairman for the next three years.

Kim, 67, was selected as the sole candidate among a pool of former government officials and heads of state-run institutes, including Jeon Yoon-cheol, former chairman of the Board of Audit and Inspection.

Kim was a prominent policymaker under President Roh Moo-hyun, having served as his senior secretary of economic policy and chief of policy planning.

From 2007 to 2008, Kim was the minister of industry, commerce and energy, and contributed to negotiations with the United States on Korea’s free trade agreement. Analysts believe his high level of understanding on trade and industrial policies led to his nomination.

The position has been vacant since late October, when Kim In-ho suddenly announced his resignation four months before his term was to officially end.

Kim was a holdover from the Park Geun-hye administration, and although the organization is not directly run by the government, the Trade Ministry does have influence over it.

In his resignation statement, Kim said he felt a “substantial gap” with the current government’s policy goal of income-led growth, in contrast with supply-side economics.

Kim Young-ju, on the other hand, worked on the campaign team of the current president, Moon Jae-in, as an economic adviser, meaning KITA under his direction might collaborate more with the government.