Oldest person to pass last bar exam recalls it all

Oldest person to pass last bar exam recalls it all 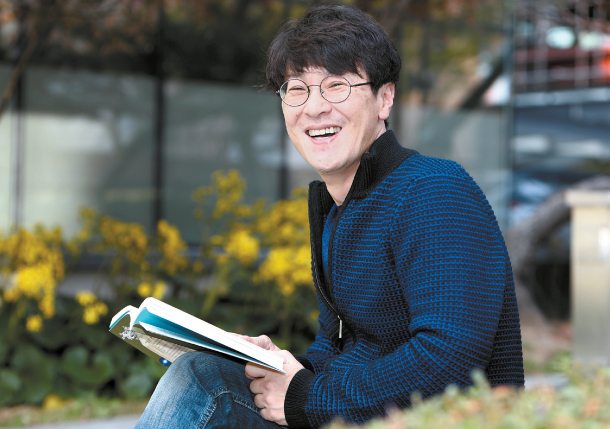 Park Jong-hyun is the oldest person to pass the last Korean bar exam, at the age of 45. [OH JONG-CHAN]

The days when young, jobless bar examinees would fill tiny rooms in study centers in Sillim-dong in southern Seoul are over. From next year, only graduates of law school will be allowed to take the new Korean bar exam, created in 2012.

The first Korean bar exam was administered in 1963 and has been a “ladder of hope” for 20,766 lawyers over the past 54 years. Before the establishment of law schools in 2009, the old exam was the only way to become a lawyer.

Many have complained that the old bar exam was so demanding that they didn’t have time to prepare for other requirements for their law school applications, while others complained about the high cost of tuition.

“I feel so sorry for my friend who cannot retake the exam,” said Park Jong-hyun, the oldest person to pass the final round of the last Korean bar exam at the age of 45. “It’s so sad that the hope that one can still retake the exam is now gone.” 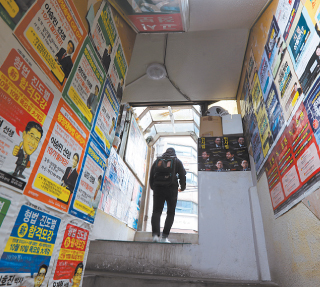 The entrance of a study center in Sillim-dong, southern Seoul. The results of the second round of the last bar exam came out on Oct. 11, with 55 examinees passing the exam. [YONHAP]

Park was always falling behind compared to others. During his years as an undergraduate majoring in law, he could not focus on the bar exam. After graduating in 1996 from Hanyang University, Park was aimless for two years. He served in the military in 1998 and was discharged just before turning 30.

After marrying at 30, Park started to seriously consider a career in law.

Although Park initially hesitated to be interviewed, he said, “I decided to do it so that people can find hope in achieving their dreams, knowing that I finally achieved mine after struggling for 15 years.”

He added, “The bar exam was my youth. I am honored and grateful to have been one of the last examinees.”

Park took the second round of the exam six times and saw Sillim-dong’s grubby study centers as his home.

“Because I devoted my youth to the bar exam, I stubbornly held onto the dream of seeing it through until the end,” said Park. “I thought, ‘If I take a firm approach, God will give me at least one opportunity,’ so I pushed through.”

At times, he said, he doubted himself. Whenever he became doubtful, he turned to his wife, Kim Hyun-jung, who would remind him not to give up and to “prepare for the second chapter of their life.”

Park believes he would not have passed the exam without the undivided support of his wife. “I’m thankful to my wife, who has never once nagged me about my decision,” Park said.

The most difficult period for Park was 20 days before the first round of the exam in 2014, when he was informed of his father’s death. His father had desired more than anyone that his eldest son would go into the legal profession. “Because he trusted me, it was even more painful and I felt so sorry.”

Park plans to visit his father’s grave this week and inform him of his achievement.

When studying became stressful, he relieved his stress at the local gym, where he would exercise for half an hour every day. “Whenever I was feeling stuffy, I went running. I felt relieved by sweating and crying at the same time.”

He added, “I have confidence I can get along with others younger than me at the Judicial Research and Training Institute. I got experience by hanging out with folks who were 20 years younger than me through the bar exam study groups I joined. I want to carry out my duty as a member of society who is responsible for maintaining the law.”

However, Park is sympathetic to those who were planning on retaking the exam. “It hurts to know that the exam, which served as a ladder for hope for many, will now be gone.”

Park added, “I want people who have failed countless times to know that I am always cheering for them.”