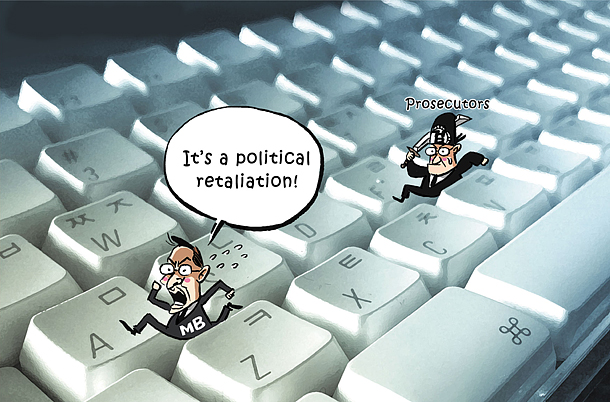 Former President Lee Myung-bak criticized as “political retaliation” the investigation by prosecutors into the online smear campaign by the central intelligence agency and military cyber warfare unit under his administration. The Seoul Central District Court on Saturday issued a detention warrant for former Defense Minister Kim Kwan-jin for his involvement in the campaign.