2017 G-Star promises to be biggest ever

2017 G-Star promises to be biggest ever 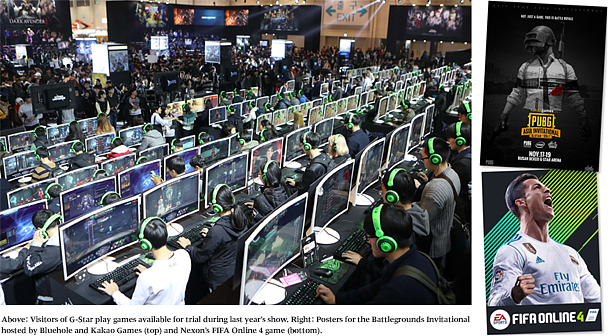 Korea’s largest exhibition of video games kicks off on Thursday with a range of new releases that will satiate the appetite of gamers around the world.

This year’s G-Star in Busan includes nearly 660 companies from 30 countries, including several outside of video game development like LG Electronics and Naver, according to the Korea Association of Game Industry, the event’s organizer.

Last year’s event was the most successful in its more than 10-year history, with over 220,000 visitors attending the four-day trade show. Netmarble Games unveiled Lineage 2: Revolution, which went on to become a global hit.

This year’s event promises to outdo its predecessor, as the roster is stacked with big titles from leading developers. 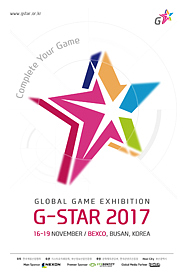 An industry giant hopes to inspire

Lee Jung-heon, vice president of the company, said in a recent press conference that Nexon felt responsible as the leading developer in Korea to motivate others in the industry. Korean game developers have been going through a particularly rough year after China, the largest video game market in the world, refused to issue any publishing licenses to game makers in response to Seoul’s acquiescence to the U.S. military’s installation of a missile shield that Beijing believes threatens its security interests.

Nexon has reserved a total of 300 booths at the event to unveil nine new games - five computer-based online games and four mobile games.

FIFA Online 4, a PC-based football game developed by Spearhead, the Korean studio of U.S. game maker Electronic Arts, and exclusively distributed in Korea by Nexon, will be the main release for the company.

In addition to the football game, Nexon will showcase Need For Speed Edge, also developed by Electronic Arts. The company said the new racing game is made with Frostbite, a type of game engine that is developed mainly for sports games that require realistic and detailed movements. Visitors will be able to try out the new racing game in the Nexon zone.

The company will also be showing teaser clips of its upcoming game Durango: Wild Lands, which the company said was developed to allow an artificial intelligence system to create the contents of the game to meet the tastes and preferences of individual gamers. Durango: Wild Lands is set to be released next year.

“We will have ‘influencer booths,’” Lee added, “where bloggers and YouTubers will be able to try the games themselves and stream their reviews live to a global audience.” 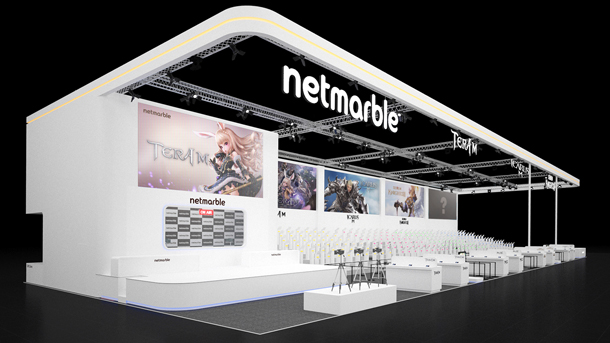 A mobile king continues its reign

Netmarble, which has maintained its position as the Korean leader in mobile games by reworking titles by other studios, has four new games for this year’s exhibition: Tera M, Seven Knights 2, Icarus M and Blade & Soul Revolution.

Tera M is a massively multiplayer online role-playing game (MMORPG) loosely based on the game Tera developed by Bluehole Studio in 2011. Netmarble has received more than 1.5 million preorders for the game.

Seven Knights 2 is the sequel to the game maker’s original Seven Knights, while Icarus M is the mobile version of Icarus, a free-to-play MMORPG developed by Nexon last year.

But among the four titles, Blade and Soul Revolution will be the highlight.

The new Blade and Soul is a revamped version of the original Blade and Soul that was developed by NCSOFT in 2012 and was especially popular among players outside of Korea.

“Inheriting the authenticity of the original, Blade and Soul Revolution will also carry the originality and [development] know-how of Netmarble,” said Lee Wan-soo, an executive director at Netmarble.

Netmarble will stream demonstrations of its games live on Facebook and Afreeca TV, a Korean streaming service.

Although considered a minor player, Bluehole Studio, based in Pangyo, Gyeonggi, is heading to Busan with perhaps the most attention-grabbing title: PlayerUnknown’s Battlegrounds.

The battle royale computer game has gained tremendous traction worldwide despite being in early access phase on Steam, an online game platform. According to Newzoo, a market research firm, the game is the sixth most popular computer game in the market this year, ranking above heavyweights like World of Warcraft.

The runaway popularity of Battlegrounds has put Bluehole, a relatively small developer, on the map.

“In July, the Korean publisher was the fifth biggest in terms of popularity,” the company said in a recent press release, “performing better than big cross-platform publishers like EA, Rockstar, and Ubisoft.”

As a result of the success, Bluehole has earned a ticket to this year’s exhibition as one of the main participants for the first time in the company’s 10-year history.

“It is essentially a testbed to demonstrate to the global audience what a Battlegrounds tournament would look like before creating an actual league,” a Kakao spokesman said.

At G-Star, Bluehole will discuss its latest project under development, an MMORPG called A:IR - Ascent: Infinite Realm, and allow visitors to try out the game at its booth.

Twitch, a video platform specializing in live streaming video games, will set up a corner at this year’s event as a global media partner in order to connect the global audience with participating developers. This is the third straight year that Twitch has been a main media partner of G-Star.

Korean gaming giant NCSOFT has decided to sit out of this year’s event, although it held a press conference last week to show off some of the projects it has been working on, including the new Lineage under the title Project T/L.

Other top studios that will be absent from the event include Blizzard and Sony Entertainment, leading some to conclude that G-Star has weakened in its global standing.

Aside from trying out new games, visitors will be able to hear lectures from guest speakers including James Sanders, Asia-Pacific director at Google Play; Jeddy Zhang from Tencent’s interactive entertainment group; and representatives from Samsung Electronics and Ubisoft.