Gifts for the garrison

Gifts for the garrison 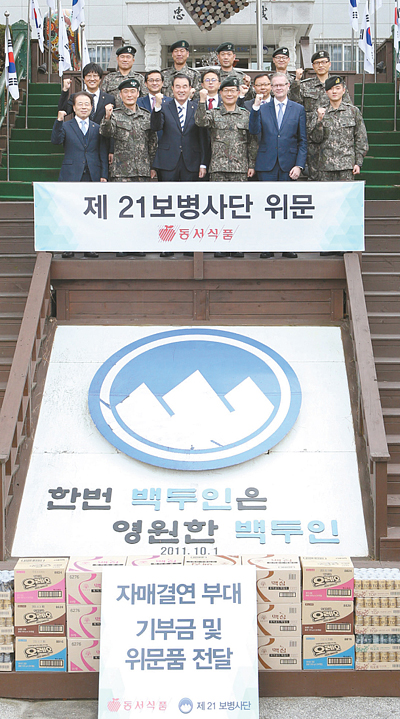 Executives and employees from Dongsuh Foods, including CEO Lee Gwang-bok, third from left in the front row, and soldiers pose after the company donated 30 million won ($26,750) as well as beverages and snacks worth 13 million won to soldiers from the Mount Baekdu unit of the 21st infantry division, on Friday. The company forged a relationship with the division in 1978 and has been donating for the past four decades. [DONGSUH FOODS]