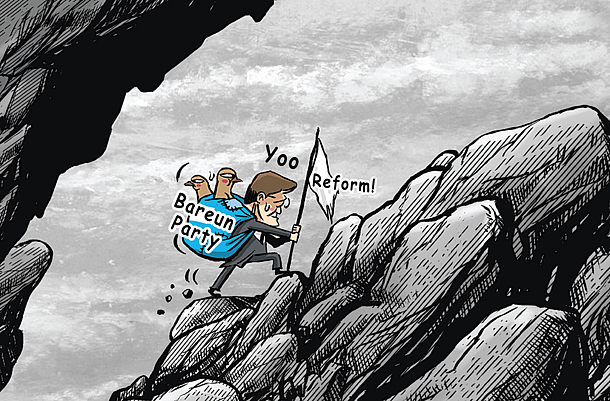 Yoo Seong-min faces an uphill battle after being elected head of the opposition Bareun Party Monday. The party had 33 lawmakers when it separated from the Liberty Korea Party (LKP) in January to reform conservatism in Korea, but now has only 11. More are likely to defect.