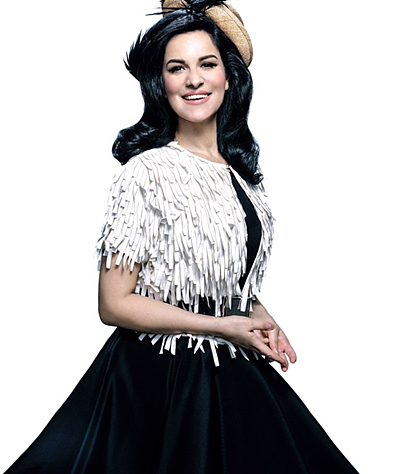 Nov.17-18: To cherish the memory of deceased tenor Luciano Pavarotti, a memorial concert honoring the 10th anniversary of his death will be held in Korea this November. It will be the second performance after the first concert in Verona, Italy in September. One of the world’s best sopranos and Pavarotti’s favorite partner Angela Gheorghiu and conductor Eugene Kohn will be visiting Korea to perform in the show that will be full of some of the great tenor’s favorite songs to sing. Other performers include Soprano Shin Young-ok, who once performed with Pavarotti, tenor Rame Lahaj, tenor Matteo Mezzaro, and Korea’s best known baritone Ko Seng-hyoun.

The concert will be even more meaningful as Pavarotti’s widow and current Pavarotti Foundation representative Nicoletta Pavarotti and her daughter will also visit Korea to attend.

Nov. 18: The Ditto ensemble will be performing chamber music under the theme “England vs. Italy,” featuring pieces inspired by the two countries. The bill includes Mendelssohn’s “Fingal’s Cave” overture and “Italian” symphony as well as Haydn’s “Cello Concerto No. 1 in C Major.”

Nov. 19-20: One of Germany’s best-known orchestras, the Berlin Philharmonic, founded in 1882, is performing in Korea for a sixth time. The two shows will be the orchestra’s final performance with Simon Rattle as artistic director.

Chinese pianist Lang Lang was originally slated to feature in the show, but due to an injury on his left arm, he will be replaced by Korean pianist Cho Seong-jin, who will also accompany the orchestra for its Berlin, Frankfurt and Hong Kong concerts.

Rattle, who hails from Liverpool, England, is considered one of the most revolutionary conductors in the modern classical music world. His work with the Berlin Philharmonic has created fresh and exciting sounds.

The Berlin Philharmonic remains one of the most powerful orchestras in the world and boasts legendary figures like Wilhelm Furtwangler and Herbert von Karajan among its former conductors.

Nov. 23: Meet the classical music performers from the JTBC program “Classic Today.” JoongAng Ilbo reporter Kim Ho-jeong has hosted the program since January, interviewing Korean classical musicians and bringing them closer to the general public through casual interviews and intimate performances. The program just wrapped up its first season in June.

Nov. 26: Yewon School, the first middle school for the arts in Korea, will celebrate its 50th anniversary with an alumni concert. Many graduates of Yewon School are performers who are active internationally. The alumni will form an orchestra and perform under conductor Kim Dae-jin who is also an active pianist and educator. The program consists of pieces such as “Triple Concerto in C Major, Op. 56,” “Gloria in G Major,” and “Symphony No. 1 in D Major ‘Titan’.”

Dec. 15- 17: Fans of boy group Wanna One will get an early Christmas treat with the Wanna One Premier Fan-Con, which is a combination fan meeting and concert.

Tickets will only be sold on ticket.interpark.com. Members of the official fan club will be able to reserve tickets on Oct. 24, one day before it opens to the general public. 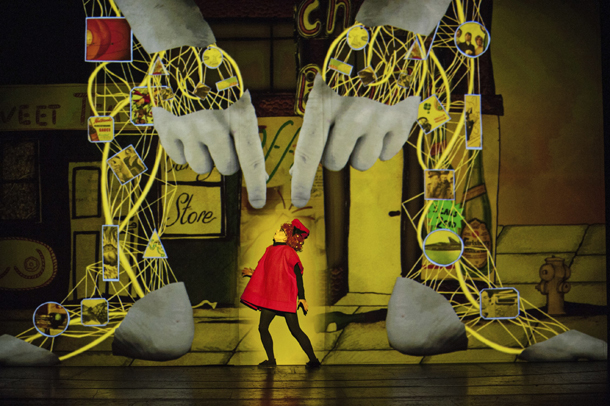 The 1927 theater company from the United Kingdom will be presenting a play titled “Golem,” based on the legend of the golem, at the LG Arts Center in southern Seoul. [BERNHARD MUELLER]

Nov. 16-19: Based on the legend of the golem, this play skewers contemporary society for being controlled by smartphones and digital technology.

The classic story revolves around a mythical creature created out of clay and brought to life to do the chores and work of its master.

In this rendition, Robert is an ordinary man who is timid and does his company’s mindless work. Everything changes after he comes into the possession of a clay doll. The golem not only does his work for him, but even tells him what he should wear and eat.

At first, everything goes smoothly for Robert. He is promoted to a higher position, enjoys dates with his co-worker, and it seems his life is heading for the better. Little by little, though, he becomes dominated by the golem’s orders.

“Golem” was created by the 1927 theater company, whose members will visit Korea to perform the play. Its interesting plot, witty humor and hidden satirical message have made the play a runaway success. The play sold out for eight consecutive weeks when it was staged in London in 2014.

“Billy Elliot” is a heartwarming and humorous story about a young boy and his family trying to fulfill their dreams through beautiful music and exquisite choreography. 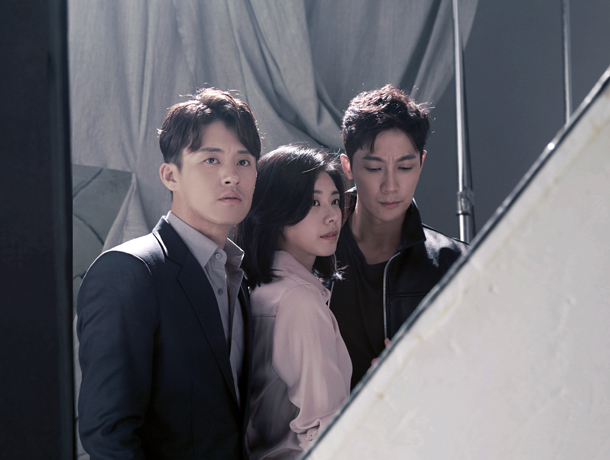 Dec. 5- Feb. 11: The hit Korean television drama “Hourglass” has been reborn as a musical.