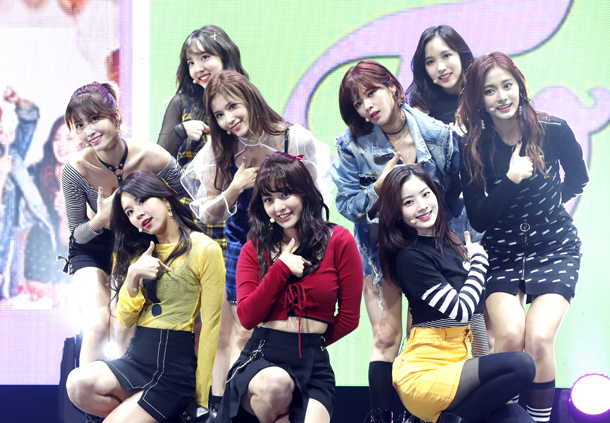 Girl group Twice’s track “One More Time” has sold more than 250,000 records in Japan, and has been certified platinum by the Recording Industry Association of Japan, according to JYP Entertainment on Tuesday.

Platinum certification is given to records with sales of over 250,000, and the group is first Korean artist to receive the certification for a single track. The group received another platinum mark for its Japanese debut album “#TWICE,” which was released in June 28.

The group made its debut in October of 2015 with “Ooh-Ahh” and has topped music streaming charts with the release of each of its latest songs. On Oct. 30, the group released its first full album “Twicetagram” with the lead track “Likey.”