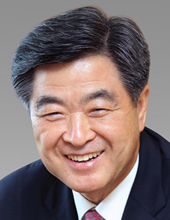 The shipbuilding giant will now be led by CEO Kang Hwan-goo alone, stepping away from the previous double-CEO structure. Kwon, instead, was nominated as the CEO of the new holding company. The holding company’s name and launch date are yet to be finalized.

The company said Kwon showed his best efforts in overcoming the crisis faced by the shipbuilding industry for the last four years and he will put that same effort into finding future growth engines and improving the financial structure of the company as the head of the new holding company.