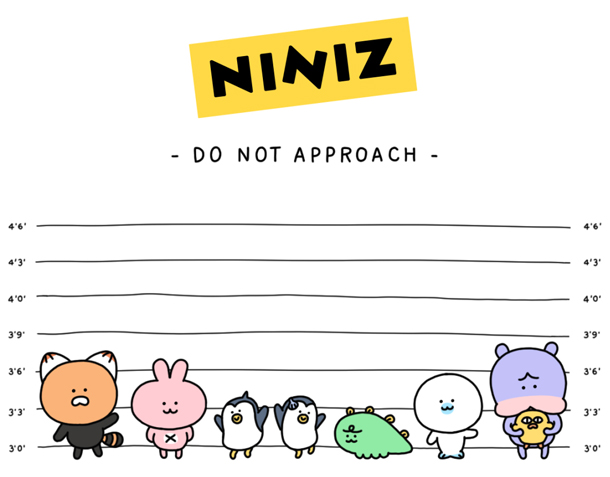 The Niniz series consists of seven animals that live in an imaginary place called Snow Town. They are: Penda Jr, an alien red panda; Scappy, which used to be a polar bear but was cursed to turn into a rabbit; Kero and Berony, twin penguins that were separately adopted to the South and North Poles when young but met again at Snow Town; Jordy, a parasitic mushroom; Angmond, a harp seal that loves chocolate; and Cob and Bbanya, a bleached crow and a hippo that act like a Sherlock Holmes and Dr. Watson duo.

“The unique settings and odd relationship between the characters are expected to arouse interest from a large number of users,” said Kakao in a release.