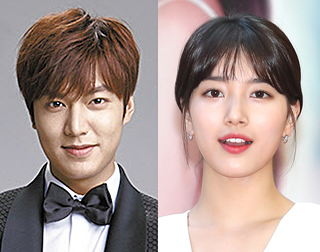 Ilgan Sports, an affiliate of Korea JoongAng Daily, quoted an entertainment industry insider who said that the two broke up over a private issue, and that they will remain good friends.

The couple confirmed that they were dating in March 2015, through a statement by Star Haus Entertainment, Lee’s agency, after local media outlet Dispatch reported that they had been dating.

The singer-actress is currently starring in the SBS drama, “While You Were Sleeping” with actor Lee Jong-suk.

Lee enlisted in the military in May and due to previous ankle and leg injuries suffered during car accidents in 2006 and 2011, he has been serving as a full-time reservist in the Gangnam District Office.