Female-led action flicks fail to satisfy fans: Moviegoers call out studios for being dishonest in promotions

Female-led action flicks fail to satisfy fans: Moviegoers call out studios for being dishonest in promotions 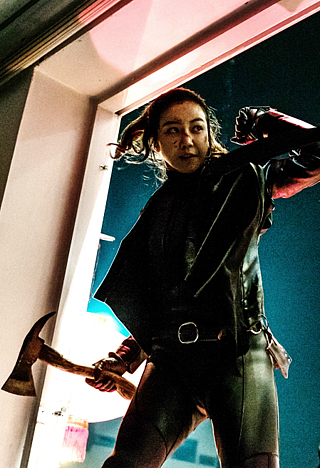 Kim Ok-vin in the action movie “The Villainess.” [NEXT ENTERTAINMENT WORLD]

Putting a female protagonist at the center of an action flick has long been avoided in the local movie industry for its assumed lack of commercial viability. When “The Villainess,” a ferocious revenge thriller revolving around a female assassin (Kim Ok-vin), was announced earlier this year, moviegoers expressed their excitement and the film generated a lot of buzz.

Last month, the response from movie fans was even greater after the release of a poster for the action noir film “A Special Lady” depicted a strong, blonde-haired Kim Hye-soo with vengeful and tear-filled eyes.

Starring the veteran actress, the movie revolves around criminal mastermind Na Hyeon-jeong (Kim), who brought her gang from nothing to a prominent financial enterprise, and her loyal helper Im Sang-hun (Lee Sun-kyun), who secretly admires her.

After wrapping her final project, Na hopes to retire and live a quiet, normal life. But her plan is hindered by both prosecutor Choe Dae-sik (Lee Hee-jun), who seeks to take revenge against Na, and Im, whose admiration for her reaches the point of obsession.

For fans of Kim, who has played charismatic roles in crime dramas such as “Coinlocker Girl” (2015), seeing the 47-year-old mesmerizing actress at the center of a noir action movie was enough of a reason to head to the cinema. But when the flick was released last week, even fans could not hide their disappointment, questioning the film’s promotions that put the actress at the forefront.

The criticism obviously affected the film’s box office performance, as it opened in the fifth spot at the box office in its debut weekend last week.

The inaccurate promotion of the film as centering around a female lead was met with great disappointment from audiences, according to movie critic Hwang Jin-mi. 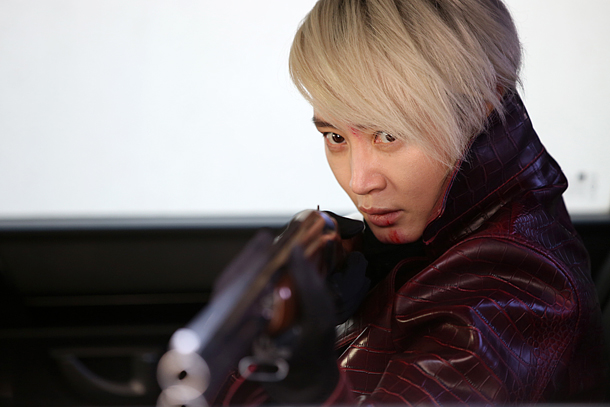 “Kim Hye-soo was promoted as the star of the film, making it seem like a female-centered noir flick. But the movie actually focused more on the narrative of Lee Sun-kyun’s role, a rebellious male character who causes all the trouble,” Hwang explained.

Hwang added that the relationship among the characters was not properly explained and that there was nothing refreshing about the film’s violent and provocative scenes involving a dog-breeding farm and prostitution - themes that have been covered in previous noir movies.

Though visually appealing, Kim’s action scenes did not meet expectations. And instead of leading the story, the actress’s character is more of a passive role.

Director Jeong Byeong-gil’s “The Villainess,” released in June, was not free from criticism either. Though critics and audience enjoyed its action scenes, many spoke out against the portrayal of the female killer, who is physically capable yet repeatedly encounters struggles due to the two banal elements that have conventionally represented women: love and maternal affection.

“A Special Lady,” helmed by rookie director Lee An-gyu, did not diverge much from the conventional path. What drives Na’s character is maternal affection and she also plays caretaker to the male lead Im Sang-hun when he gets wounded.

Stereotyping women as either prostitutes or mothers has long been a convention in film, according to culture critic Ha Jae-geun.

“Female-centered action movies have been created out of efforts to break out of the male-centered film scene. But continuing to place women in the same frame as the stereotypical characters is highly problematic. It’s reproducing the prejudices and stereotypes that men have about women,” Ha said.

The female leads in the alleged female-centered action movies are the depiction of men’s fantasies about women, according to critic Hwang.

She says, “The women in ‘The Villainess’ and ‘A Special Lady’ are physically appealing with their beauty and jaw-dropping action scenes, but at the heart of those characters is maternal affection and love, which are stereotypical feminine characteristics.

In order to have better female characters, it is crucial to spare time in the film to develop the character and explain who she is and what her motives and desires are instead of merely presenting the character through the brief descriptions of the male protagonists.”