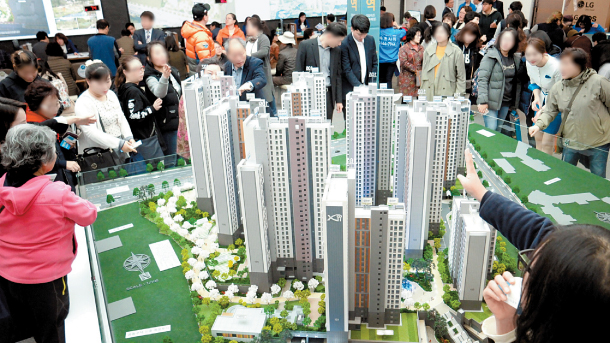 The homeownership rate in Korea was 55.5 percent in 2016, according to an annual report released by Statistics Korea on Friday.

The report also found that the number of households with one house edged down while those with multiple homes increased.

The number of households with a single house decreased by 124,000 to reach 7.85 million last year, down 1.5 percent from a year earlier.

On the other hand, the number of households with at least two residences increased by 168,000 to 2.89 million, up 1.5 percent year on year.

Among the multiple home owners, the top 10 percent had properties worth 811 million won on average.

Seoul has the highest percentage of households that do not own their home, an indicator of the expensive housing prices in the capital city.

In Seoul, 50.7 percent of households don’t own their house, followed by Sejong with 47.8 percent and Daejeon at 45.7 percent.

The data also showed that the total number of houses across the country stood at 16.69 million units. Among them, apartments took the lion’s share with 10 million. The latest data is a reminder that apartments are the most favored type of dwelling by Koreans in a densely populated country.

Statistics Korea said 56.4 percent of those homeowners are men and the rest are women in 2016. The rate of female homeowners rose steadily for four years in a row since logging 41.4 percent in 2012.

The administrative city of Sejong has the highest rate of homeowners who actually don’t live in the city. The statistics said that 38.7 percent of the owners live outside of Sejong, indicating that many of them bought the houses for real estate investment purposes.

Sejong was followed by the South Chungcheong region at 17.8 percent and Gangwon with 15 percent.