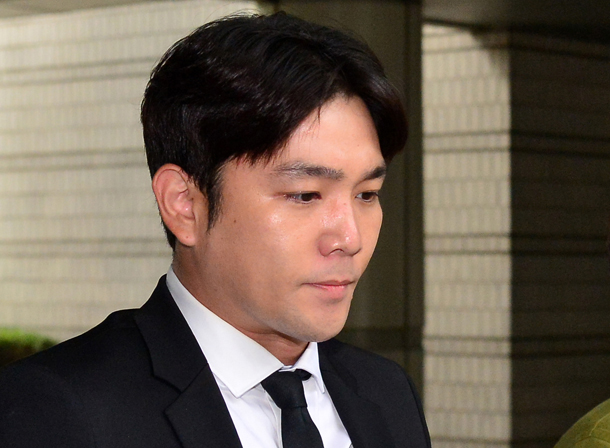 Super Junior’s agency on Friday publicly apologized for member Kangin’s alleged assault of a woman at a bar.

“We’re deeply sorry for causing trouble,” Label SJ said in a release. “Kangin had a quarrel with a friend at a bar, which caused a misunderstanding that ended up with a police dispatch to the scene.”

Earlier on Friday, the Seoul Gangnam Police Station sent officers to a bar in Nonhyeon-dong, southern Seoul, upon receiving a citizen’s call that Kangin was assaulting his girlfriend at about 4:30 a.m.

However, the singer was set free soon as the victim did not want to file a complaint. The victim claimed herself to be his girlfriend, police said. By law, police cannot punish assaulters against the will of victims.

Kangin was excluded from Super Junior’s activities for its eighth full-length album “Play” after being fined for causing a car accident and running away while under the influence of alcohol.