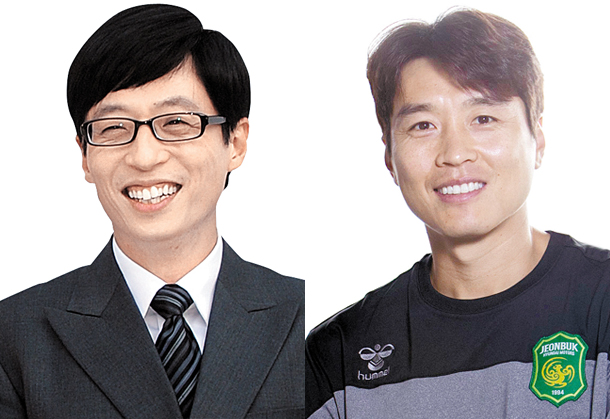 After the 5.4-magnitude earthquake shook Pohang in North Gyeongsang last Wednesday afternoon, at least 3,300 structures in Pohang including homes and schools were damaged. Hundreds of residents escaped to a gym in Heunghae town afraid of additional aftershocks.

The estimated cost of the damage as of Sunday morning is about 55 billion won ($50 million), according to National Disaster and Safety Control, run by the Ministry of Interior and Safety.

Yu has donated 50 million won to the Korea Disaster Relief Association, and Lee (a soccer player for Jeonbuk Hyundai Motors) visited Pohang on Monday to personally donate 50 million won, part of the prize money he received from winning the 2017 K League Classic. Pohang is Lee’s hometown and where he began his career in 1998.

Actress Lee Young-ae has donated a total of 106 million won to the Korea Foundation for Persons with Disabilities, 50 million won of which will be used especially for Pohang citizens. K-pop band TVXQ donated 50 million won to Childfund Korea last Friday.