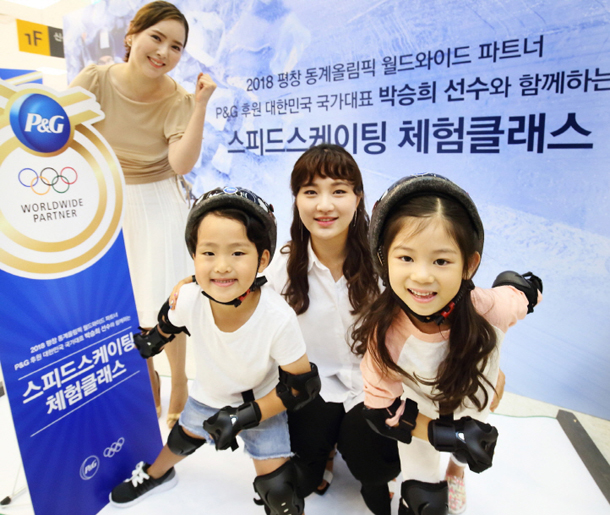 Procter & Gamble highlights the importance of mothers in its “Love Over Bias” video, the latest installment in the company’s Thank You Mom promotional event, an Olympics sponsorship program launched in 2010.

With less than 100 days left until the start of the 2018 PyeongChang Winter Olympics, P&G unveiled a clip titled “Love Over Bias.” The fifth video installment in the campaign focuses on the importance of a mother’s love and support in overcoming obstacles to become the next Olympic star.

The video, which runs for 1 minute and 30 seconds, follows six children that face different prejudice and hurdles in pursuing their Olympic dreams.

“The video comes from the truth that the entire training process of Olympic athletes is equivalent to overcoming diverse stereotypes,” P&G Korea said in a statement. “The video also shows that some athletes have to go through obstacles that are not physically visible or those that are impossible to break through,” the statement added.

P&G said it got inspiration for the video from a number of Olympians including Michelle Kwan, a former figure skater representing the United States, Zahra Lari, an Emirati figure skater and Mathilde Petitjean from Togo, the first Olympic cross-country skier representing a West African country.

“A lot of people are still surprised at the fact that Africans ski,” Petitjean said.

“I wish for a society where people don’t judge things by how they look on the outside. I started to ski out of pure enthusiasm and I want to keep skiing in order to achieve my dream,” Petitjean added.

The video is being broadcast in more than 20 countries and is uploaded on P&G’s official YouTube channel.

P&G started sponsoring the Olympics in 2010 at the Vancouver Winter Olympics when it signed a partnership with the United States Olympics Committee.

It also signed a 10-year partnership with the IOC as a worldwide Olympic partner until 2020.

Through the Thank You Mom campaign, P&G has been inviting mothers of all athletes participating in the Olympics to the games and sponsoring their accommodation and tickets.