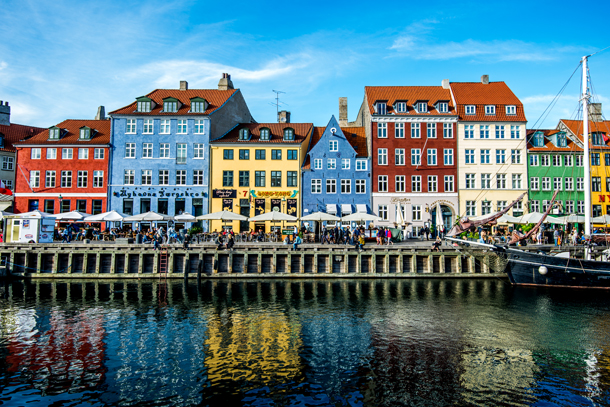 A photo of the Nyhavn Canal by Jacob Schjorring and Simon Lau, which will be exhibited at the Nordic Photo Exhibition at the JCC Art Center in central Seoul. [JACOB SCHJORRING & SIMON LAU]

To most Koreans, Scandinavian culture is all about simple and modern furniture and design. The upcoming “Nordic Culture Festival,” organized by the Ministry of Foreign Affairs, attempts to show there’s more to Scandinavian cultures, by bringing diverse cultural events to Seoul at two venues - the JCC Art Center and JCC Creative Center, both located in Daehangno, central Seoul.

Starting Friday, this seven-day festival will showcase an array of cultural events from four Scandinavian countries - Denmark, Finland, Norway and Sweden. Through performances, films, children’s plays as well as book and photo exhibitions, Seoulites will be able to get a glimpse of what these countries are like, while expats from those countries living in Seoul can get a taste of home in a foreign land.

For the first three days, joint performances put on by artists from all four countries will be staged at the JCC Art Center’s Concert Hall. The next four days will be designated as special days for each country to really show off distinct elements of their culture, starting with Denmark on Nov. 27, Finland on Nov. 28, Norway on Nov. 29 and finally Sweden on Nov. 30.

One of the artists coming from Denmark is jazz vocalist Birgitte Soojin, a Korean adoptee. She has been nominated twice for the Danish Grammy Awards. Her show starts at 8 p.m. on Nov. 27. Danish band Northern Assembly will also perform during the joint performance, which starts at 7 p.m. on both Friday and Saturday. According to the organizers, the band merges Scandinavian and British musical traditions into a neo-folk sound.

Inger Marie, a renowned Norwegian jazz vocalist familiar to Korean jazz fans will take the stage at 8 p.m. on Norway Day on Nov. 29. Other Norwegian artists making appearances include jazz saxophonist and tenor Hakon Kornstad, who will perform during the joint performance. 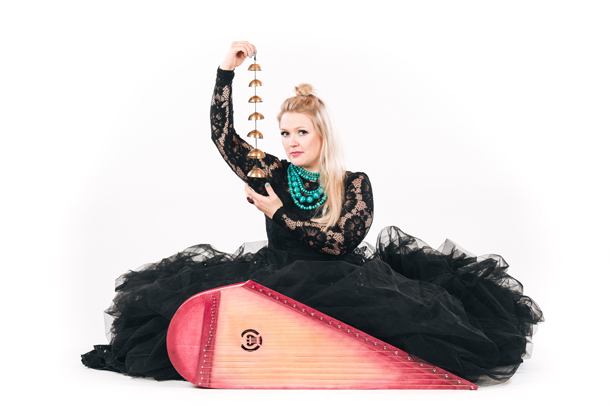 Visitors will get the chance to listen to the kantele, a Finnish traditional instrument, played by Maija Kauhanen, who will perform at 8 p.m. on Nov. 28.

Swedish artists the Emil Brandqvist Trio, Beatrice Eli and Cherrie will be performing some hit songs from home. “While We Are Here,” the most popular song from the jazz trio, as well as their hit “Falling Crystals,” are both on the set list.

R&B singer Cherrie and singer-songwriter Eli, will perform at Sweden Day on Nov. 30. 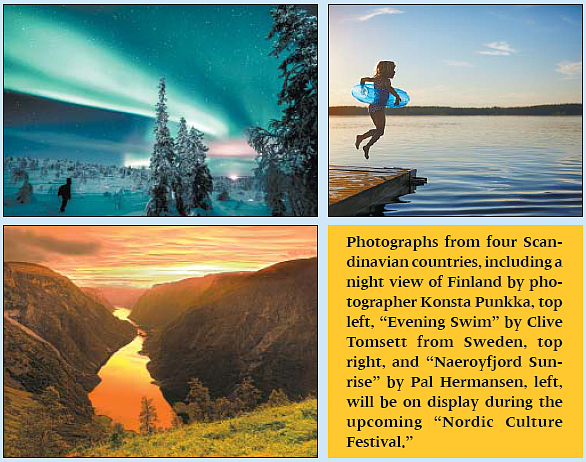 During the festival period, visitors will also be able to enjoy the Nordic Photo Exhibition, which is themed “Human and Nature,” at Exhibition Hall 1 in the JCC Art Center. Photographers including Konsta Punkka from Finland, who is known for capturing the beauty of animals as well as award-winning photographer Pal Hermansen from Norway, who received the World Press Photo Award for Nature, will be coming to the festival for panel discussions, where they will introduce their work and talk about their lives as photographers. Punkka’s session will start at 6:30 p.m. on Saturday, while Hermansen’s session will be at 6:30 p.m. on Nov. 29.

There will also be a book exhibition, where visitors can experience a diverse range of literature from the four countries. Book reading sessions for children will be offered during the exhibition.

All programs are free. Tickets can be reserved through the festival’s website or by calling (02) 3216-1185.