You talkin’ to me?

You talkin’ to me? 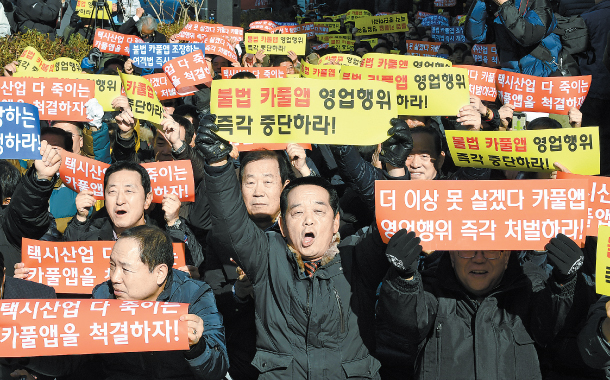 Cab drivers protest in front of the Seoul Metropoltian Government building in central Seoul on Thursday demanding that the government ban Poolus, a carpool app, and other car-sharing businesses on the grounds that these tech-equipped companies are threatening their livelihood. The controversy sparked after the government requested the police investigate Poolus for violating a rule that limits it to operating in the early morning and late evening. Poolus recent expanded its service hours so that customers can choose what time they would like to commute. [YONHAP]