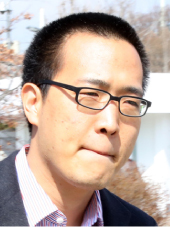 Kim Dong-seon, the third son of Hanwha Group Chairman Kim Seung-youn, is under police investigation for allegedly assaulting and harassing lawyers at a gathering for newly hired lawyers in September.

According to the Seoul Metropolitan Police Agency, Kim attended the gathering and was so intoxicated that he could not stand straight. He allegedly ordered the 10 or so lawyers to “keep their backs straight,” and asked them what their fathers do for a living in a derogatory manner. Some lawyers left as soon as they witnessed Kim’s behavior, while those who tried to hold him back were reportedly slapped across the face, had their hair pulled or were insulted.

Police began investigating the case after learning about it through media reports. The Korean Bar Association informed a news agency it sent official documents to Hanwha Group on Tuesday to carry out its own investigation. Police are currently contacting victims of the assault.

Under current criminal law, police can investigate assault cases without complaints from victims.

“Usually, in cases involving harassment and assaults, victims actively come forward with their testimonies,” said a police officer, “but this case is different and we will do a thorough investigation of the victims’ intents.” The officer, however, added, “In cases of assault, the offender cannot be punished if the victim does not want to press charges.”

“The recent case highlights the clear abuse of power by chaebol,” said Kim Hyun, president of the Korean Bar Association. “Just because he hired the lawyers does not mean he gets to violate their civil rights, and through this incident, he damaged the dignity and profession of lawyers.”

The president of the bar association said he is willing to go as far as pressing criminal charges against Kim within 22 days if the reports are true.

“As a father, I feel deeply responsible for the incident and more than anyone, I apologize to the victims of the case,” he said. “Raising a child doesn’t always go the way you want.”

The younger Kim was also sentenced to eight months in prison and two years of probation this past January for assaulting an employee at a bar in Cheongdam-dong, Gangnam District, in southern Seoul.