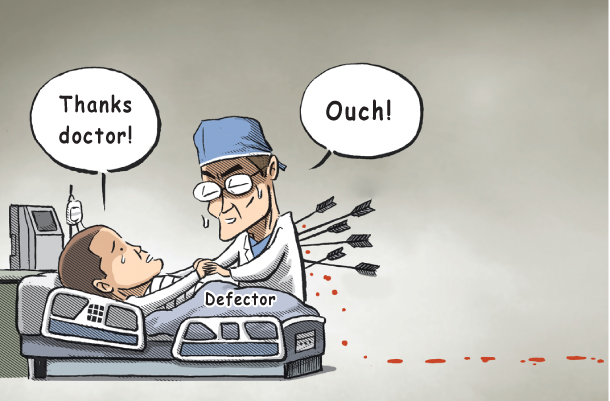 Despite his painstaking efforts to help a North Korean defector with multiple wounds, Dr. Lee Cook-jong is under attack by leftists, including Justice Party lawmaker Kim Jong-dae, who criticized him for describing intestinal parasites he found in the defector’s body. Kim said it was an insult.