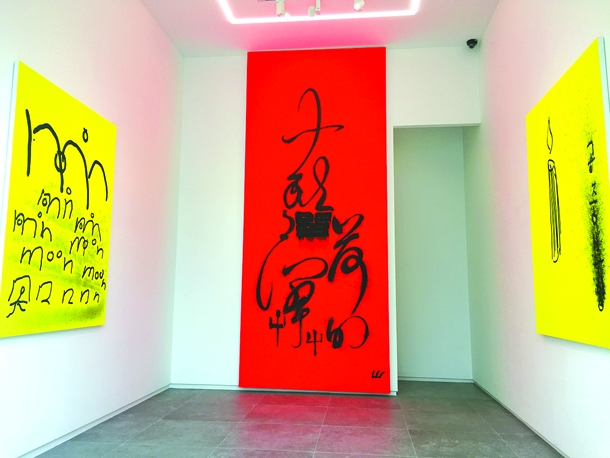 FROM HEAD TO TOE

To Saturday: Yoo Seung-ho’s solo exhibition is on view simultaneously at the Park Ryu Sook Gallery in southern Seoul and its affiliate P21 on Gyeongnidan-gil, a street near Itaewon in central Seoul famous for its hip restaurants and bars.

At the Park Ryu Sook Gallery, Yoo is showing his so-called munjasansu, calligraphic landscape paintings for which he earned his fame. At P21, Yoo is unveiling some of his newer work reflecting his evolving interest in the relationship between the written word and drawn image. They resemble deconstructed Chinese characters playfully dashed on the canvas by a few powerful strokes of the brush. Fluorescent lights in the gallery add to the playful mood.

Admission is free. For P21, take the 402 or 405 bus and get off at Hyatt Hotel stop. The gallery is 10-minute walk from the Grand Hyatt Seoul.

For Park Ryu Sook Gallery, go to Cheongdam Station, line No. 7, exit No. 9 and walk 10 minutes. 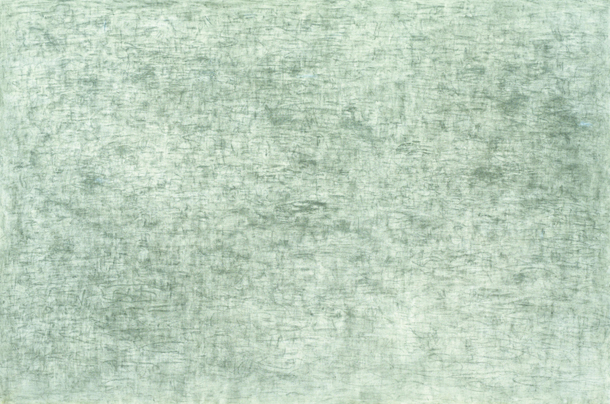 To Sunday: The solo exhibition of veteran Korean artist Lee Bongreal, 80, shows how his abstract art has evolved from the 1970s to today in 20 paintings. Lee’s paintings in the ’70s, which were inspired by light through changho, or a Korean traditional door-window made of translucent paper bolstered by wooden grids, had grids and soft light in them.

In the 1980s, grids disappeared in his paintings, but characteristics like achromatic tones and soft light remained and evolved with diverse forms of brush strokes. “I have looked after spaces of delicate resonance and peace in my paintings,” the artist told reporters in October. Admission is free. The gallery is closed on Monday. Go to Anguk Station, line No. 3, exit 1, and walk for 10 minutes. 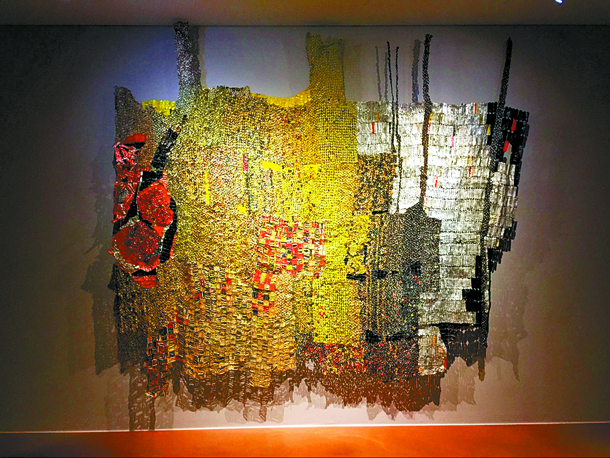 Made of numerous small metal pieces gleaming in gold, the sculptures look magnificent - a feat when you realize that they are made mainly of used aluminum bottle caps crumpled and folded into square slices and bound together with copper wire.

The artist, who was awarded the Golden Lion for Lifetime Achievement at the 2015 Venice Biennale, has a studio in Nigeria and has collaborated with local residents on his sculptures.

To Sunday: The second edition of the “Deoksugung Project” is a site-specific contemporary art show housed in the buildings and courtyards used as the main palace in the Joseon Dynasty’s tragic last days. The first edition of the exhibition was acclaimed by the public and art critics.

In the 2017 edition, nine contemporary artists including Airan Kang, Yeondoo Jung and Jang Min-seung have created their works in various parts of the palace.

The 1,000-won ($0.88) ticket for the Deoksu Palace admission covers the exhibition. The palace is closed on Mondays. Go to Seoul City Hall Station, lines No. 1 and 2, exit 10 and walk for five minutes.

To Dec. 3: The Seoul Arts Center is offering an additional week for people to come and enjoy the “Moomin Original Artworks Exhibition” thanks in part to the CSAT having been delayed due to last week’s earthquake in Pohang.

Chubby and round trolls with short limbs, large snouts and big blue eyes, the Moomin family and their friends live in a peaceful corner of Moominvalley, venturing their way through hardship with love and friendship.

Within the seven sections of the museum, visitors can see original drawings, cartoons and paintings by the artist Tove Jansson, as well as toys, videos and books on the lovable characters. 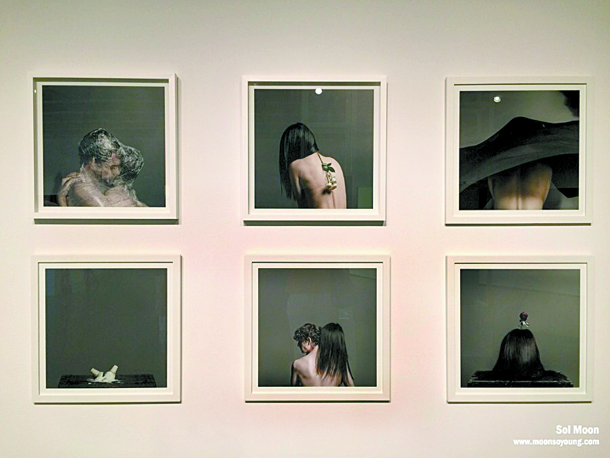 To March 4: The exhibition, inspired by the popular Italian opera “L’elisir d’amore,” features the joy and pains of love, the evolution of relations between lovers and their psychology with 10 local and foreign artists’ works.

Among the participants is Spanish artist Irma Gruenholz, who makes small sculptures that depict a dramatic scene and then takes pictures of them. She calls it three-dimensional illustration.

The exhibits also include the “De-Selfing” series by New-York-based Taiwanese photographer Hsin Wang, who takes pictures of herself and her boyfriend in surrealistic and symbolic ways to tell the painful sides of love. 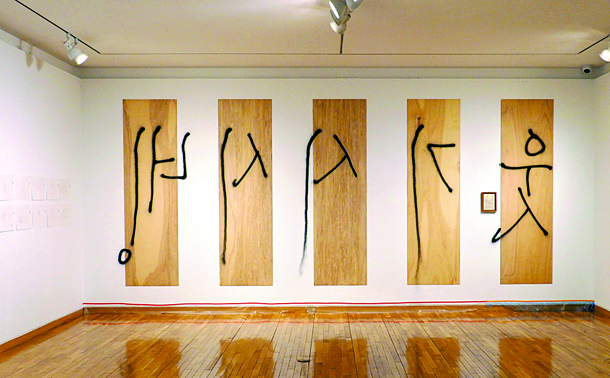 To Jan. 28: The exhibition emphasizes the rawness of drawn art. “B-Cut Drawing” includes pieces from 10 Korean artists that capture the essence of their subjects through the unrefined quality of the sketch.

The artist took rubbings from the surfaces of tree trunks and added drawings to form human faces. Leehaeminsun said she started the series after finding that older people’s faces resembled trees.