Why don’t you just say it?

Why don’t you just say it? 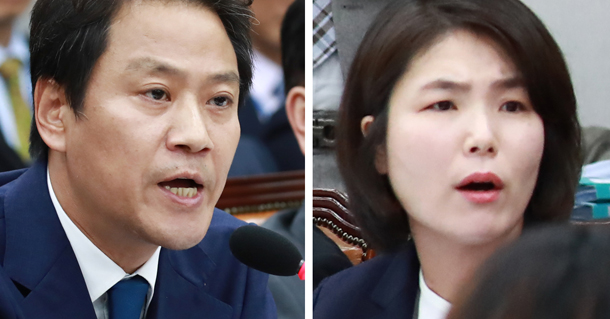 I knew very little about Im Jong-seok until he became President Moon Jae-in’s chief of staff in May. All I knew was that as president of the National Council of Student Representatives, he served a prison term for orchestrating his fellow student Lim Su-kyung’s unauthorized trip to North Korea in 1989.

The council had been influenced by Kim Il Sung’s Juche idea of self-reliance and supported North Korean ideas like the withdrawal of U.S. troops from Korea, abolishing the National Security Law and achieving unification with North Korea based on a federal system. Therefore, it might be natural that some people consider the president’s chief of staff as a former Juche activist since he had been the head of a pro-North group. I thought so, too. If the public is wrong, it is up to Im, as a public official and politician, to set the record straight.

It was a surprise to me that Im responded fiercely when Juche was debated during the National Assembly’s audit of the Blue House on Nov. 6. Jun Hee-kyung, a lawmaker from the opposition Liberty Korea Party lawmaker, brought up the issue and said she saw the Blue House being dominated by Juche supporters and National Council of Student Representatives alumni.

The opposition party’s attack might have been expected, but Im questioned Jun’s motivations in the inquiry. “I don’t know how you lived during the Fifth and Sixth Republic juntas when soldiers-turned-politicians infringed democracy,” Im fired back.

But that was it. I wonder why Im let go of such a great opportunity. If he had said, “I never supported Juche and believe in liberal democracy; how can you say I support Kim Il Sung’s philosophy?,” all doubts could be cleared. But he did not.

So I traced his past and found many aspects of an emotional North Korea sympathizer. In 2004, as a lawmaker from the then-ruling party, he claimed that the National Security Law should be abolished because it was unconstitutional and a symbol of anti-democratic law. In September that year, he even signed a letter protesting U.S. legislation on North Korean human rights abuse because passing the law would encourage a rapid rise in defectors and strong backlash from North Korea.

Im also opposed an independent counsel’s investigation of $500 million that was illegally sent to North Korea under President Kim Dae-jung. In 2005, Im founded the Inter-Korean Economic and Cultural Cooperation Foundation and collected royalties from KBS, MBC, SBS and other publishers for using copyrighted North Korean materials and videos. At the recent National Assembly hearing, this was also discussed. Apparently, 2.25 billion won ($2 million) had been collected over 13 years.

Nevertheless, most people who personally know Im say that he is someone who cannot be branded as a Juche supporter or North Korea sympathizer. “How can I convert when I was never a follower of Juche ideology?,” Im reportedly told his friends, in which case he can simply say that he does not follow Kim Il Sung. Otherwise, I doubt this administration’s stance on national security whenever there is noise related to its North Korea policy.

When President Moon was abroad in September, it was Im who openly censured Defense Minister Song Young-moo for criticizing special adviser Moon Chung-in, who had made a series of controversial remarks about the South Korea-U.S. alliance. After President Moon raised the need to fire warning shots toward the northern section of the Joint Security Area after North Korean soldiers fired rounds at a defecting soldier, Im brushed it off as merely a suggestion.

People are confused and anxious. Businessmen I meet these days say that they wonder if the president is still surrounded by Juche followers and whether the government is really pursuing market capitalism and not socialism. Citizens have witnessed that the fate of the nation can be changed depending on who’s near the president. They are waiting for Im Jong-seok’s clarification on his political ideology.