KARD makes an impact with their comeback

KARD makes an impact with their comeback 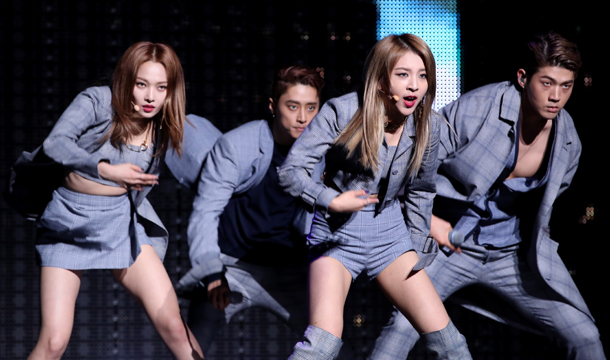 The return of co-ed K-pop group KARD has been met with great excitement from fans both at home in Korea and abroad.

According to the group’s agency DSP Media, the music video for the single “You In Me” had over 3 million views one day after its release on YouTube on Nov. 21. The song also hit number one on the iTunes K-pop charts in nine countries - the United States, the Philippines, Singapore, Malaysia, Indonesia, Australia, Estonia, Hong Kong and Chile. All of the music videos that KARD has released thus far have reached over 20 million views and the group’s video for their single “Don’t Recall,” has recorded 35 million views.

KARD’s newest album “You & Me” consists of six tracks and the songs are connected to form one story. The lead single “You In Me” is about reaching the climax of a relationship, ultimately being driven to its worst due to complicated emotions and obsession.