Out in the cold

Out in the cold 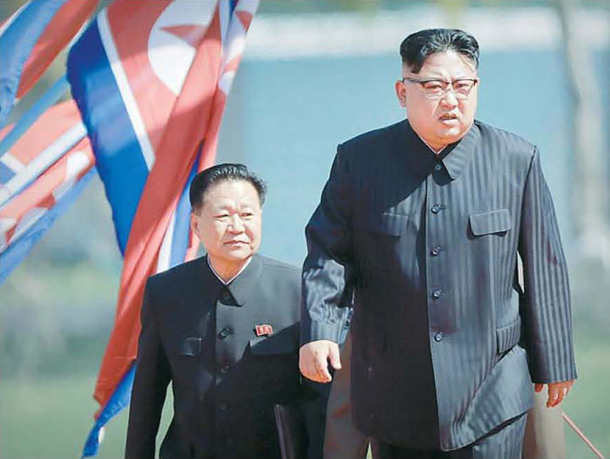 In May 2011, North Korean leader Kim Jong-il crossed the Duman River and spent two days at the state guesthouse in Yangzhou, Jiangsu Province.

Wang accompanied Kim throughout the trip. As the Communist Party is higher than any government agencies in China, the Director of the International Liaison Department of the Communist Party is higher in hierarchy than the foreign minister. It is highlighted less because only a few countries, like North Korea and Vietnam, have such a political system. It is a key position where North Korea experts close to the General Secretary are appointed. Many Chinese Ambassadors to Pyongyang were high-level officials in the International Liaison Department.

Song Tao, the current head of the Liaison Department, visited Pyongyang for four days as the special envoy of Chinese President Xi Jinping. Upon his return, Air China suspended flights to Pyongyang. There is speculation that Song, who bore Xi’s letter, went back without a meeting with Kim Jong-un. It seems that the attempt to build a hotline between Xi and Kim has failed. Considering the role and status of the Director of the International Liaison Department, Xi sending Song was not a one-time envoy but Xi’s way of signaling his willingness to open an official line between Pyongyang and Beijing.

New York Times columnist Nicholas Kristof visited Pyongyang last month and wrote, “North Korea has refused even to allow a visit by the Chinese point man for North Korean affairs, Kong Xuanyou.” An official said, “We know what Kong would say, so he doesn’t need to say it here.” The cold air Song felt is not sudden.

Xi must be feeling especially frustrated. In his second term, Xi is starting his westward drive through the land and naval Silk Road. Countries in the region are pressured by the United States to participate in sanctions against North Korea and closely watching China as North Korea, which is traditionally within its influence, seems to be ignoring it.

Now that China’s role is running out, it is likely that the situation will boil down to the North Korea-United States dynamic. Kim Jong-un is rushing to improve advanced ICBM technologies such as re-entry into the atmosphere. It is high-level psychological warfare with the fear of limited bombing and regime change. Kim seems to think that he cannot afford the luxury of having a broker in the middle. Now that China is sidelined, Kim is not likely to give up the driver’s seat. Kim has already decided the direction where the North Korean government should concentrate its diplomatic assets.