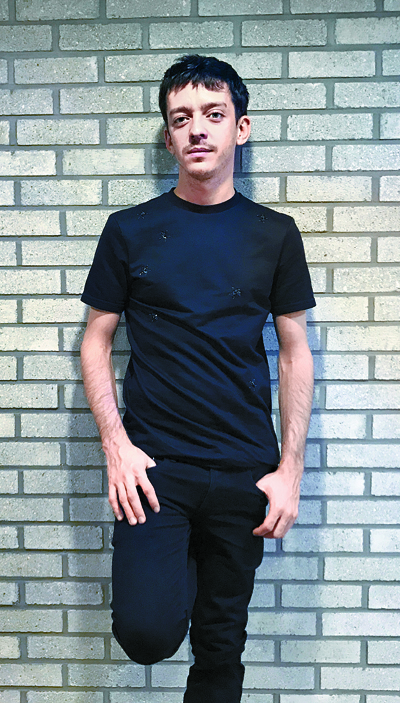 The award-winning French film “120 BPM” deals with AIDS and death, but the moving drama about gay activists striving to live their lives to the fullest offers a vibrant portrait of resilience without being overly sentimental.

The movie, which was the Grand Prix winner at the 70th Cannes Film Festival in May, depicts ACT UP (Aids Coalition to Unleash Power) protests in France during the 1990s, including the HIV/AIDS advocacy group’s weekly meetings to discuss their campaign strategy.

At the center of the film, written and directed by Robin Campillo, is Sean, an HIV-positive activist who forms a relationship with an HIV-negative member of the group.

In addition to getting the nod at Cannes, the movie has also been chosen as France’s submission to the Academy Awards for Best Foreign Language Film this year. But before that award is announced in March, the film was invited to the 7th Seoul Pride Film Festival, which wrapped on Nov. 8.

The movie’s star Nahuel Perez Biscayart visited Korea for the first time to meet with the audience at the film festival and discuss the movie’s journey. To learn more about the film, Korea JoongAng Daily sat down for an interview with the Argentine actor. The following are edited excerpts. 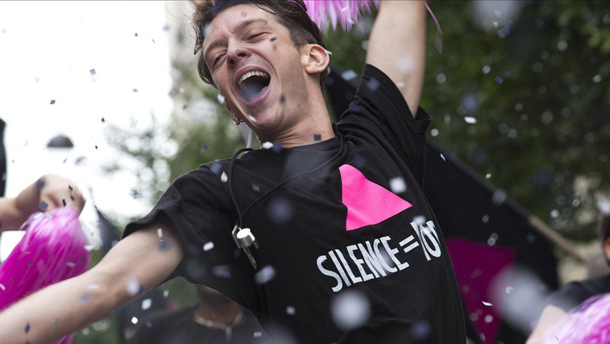 Q. Three years ago, the documentary “I Forgot!,” which you co-directed (with Eduardo Williams), was invited to the DMZ International Documentary Film Festival. How does it feel to be invited to Korea with another movie, this time as an actor?

A. It feels great. This is a very special film I think for Korea right now. Maybe with the new liberal government, it’s the moment to create new progress. So I’m very happy to show this film in Korea and I’m very excited what people will think about the film and how the film would be received in Korea.

You didn’t know anything about ACT UP before working on the movie. What was your first impression after reading the script?

I was not impressed by the activist nature of the film because I was born in Argentina and I grew up in a city where people really go out in the streets when something doesn’t work. Going out and fighting for your rights is something that I grew up with. But when I read the script, I was very touched by its subtleness and how beautifully it was written. I could feel that behind the script, there was somebody who really knew what he was talking about, and that was true. When I met the director, he told me he had been himself an activist. But when I read the script, I was also afraid at the same time. It was a tough character that goes through many different things. But everything I read was easy for me to imagine. That doesn’t mean it was easy to play, but the script was very appealing and visual.

What inspired you to play the HIV-positive role? Did you feel any reluctance before making the decision?

No, maybe a little bit at first because I played [someone with HIV] in another film, but not because the role is HIV-positive. My first impression was that it had nothing to do with the other film I did. It was a whole different story. It’s an interesting question because for many actors it might be difficult to play LGBT characters, but you have to go beyond the nature of the character. When you play a lot of straight guys, you don’t ask that question to yourself because you don’t think about that. You only take LGBT as something special or abnormal that could stereotype you as an actor.

Sean is very expressive and resolute. What drew you into the character? And do you identify yourself with him?

I don’t feel at all resolute (laughs). But expressive .?.?. It depends on the day. I think he is very expressive because death is chasing after him. He really has to fight the disease with even more life. But I think if I were sick like he was, that would have been my reaction to the disease.

You seem to have lost a lot of weight during the shooting to depict Sean’s rapidly deteriorating health. How was the experience?

Everything was quite tough. There was no scene that was easy to do. Every scene was complex. The shooting was like a trip. From day one to final day, it was nonstop. After 20 days, I started losing weight because I had to get weaker for the hospital scene. I was shooting while losing weight, which was very tough. Some days I didn’t have the energy to shoot. But looking back, that somewhat helped. When losing weight, you become vulnerable and weak, so it helped. So the fiction and the reality started mirroring each other.

“120 BPM” has been chosen as France’s Oscar submission this year. How do you feel about that?

Everything had been a big surprise with this film. We finished the film last October and after that, we were an official selection in Cannes and then the film came out in France. We thought the film would be a small film, but it turned out to be not only an LGBT film, but a broad film that attracted diverse audiences, ranging from 14-year-olds to 90-year-olds. So surprises accumulated day after day. In a way, it feels strange, but at the same time we lived every little step toward being where we are. That’s very touching. And the Oscar, I hate talking about awards because quality isn’t really given by awards. But it’s true that nowadays, unfortunately, if you have an award, your film is sold in many countries, watched by more people, and people become more interested in the film.

Is there a specific audience you hope watches this film?

I would say two parts of society: young people and old people. Those two extremes are always interesting because old people can be very far from being open to these topics mainly because [some] people that lived at that time looked away from it because they were afraid. I don’t want to blame them because they were also victims. I think they didn’t have the means to embrace those people.

And young people because the film talks a lot about how powerful we can be when we get together. Nowadays we’re getting more and more isolated behind the screens. So seeing a group creating life together - that’s a great thing.

You have worked in many countries. Do you have plans to settle or are you planning to stretch out further?

I don’t have plans to settle in one country. I’m thinking about making my base in Paris. I will put my things in one place so I can fly even further. I’m very open to projects and adventures; as long as the project speaks to me, I will be part of it no matter what country it is in. For instance, if a Korean director calls me tomorrow, I will come to Korea (laughs).